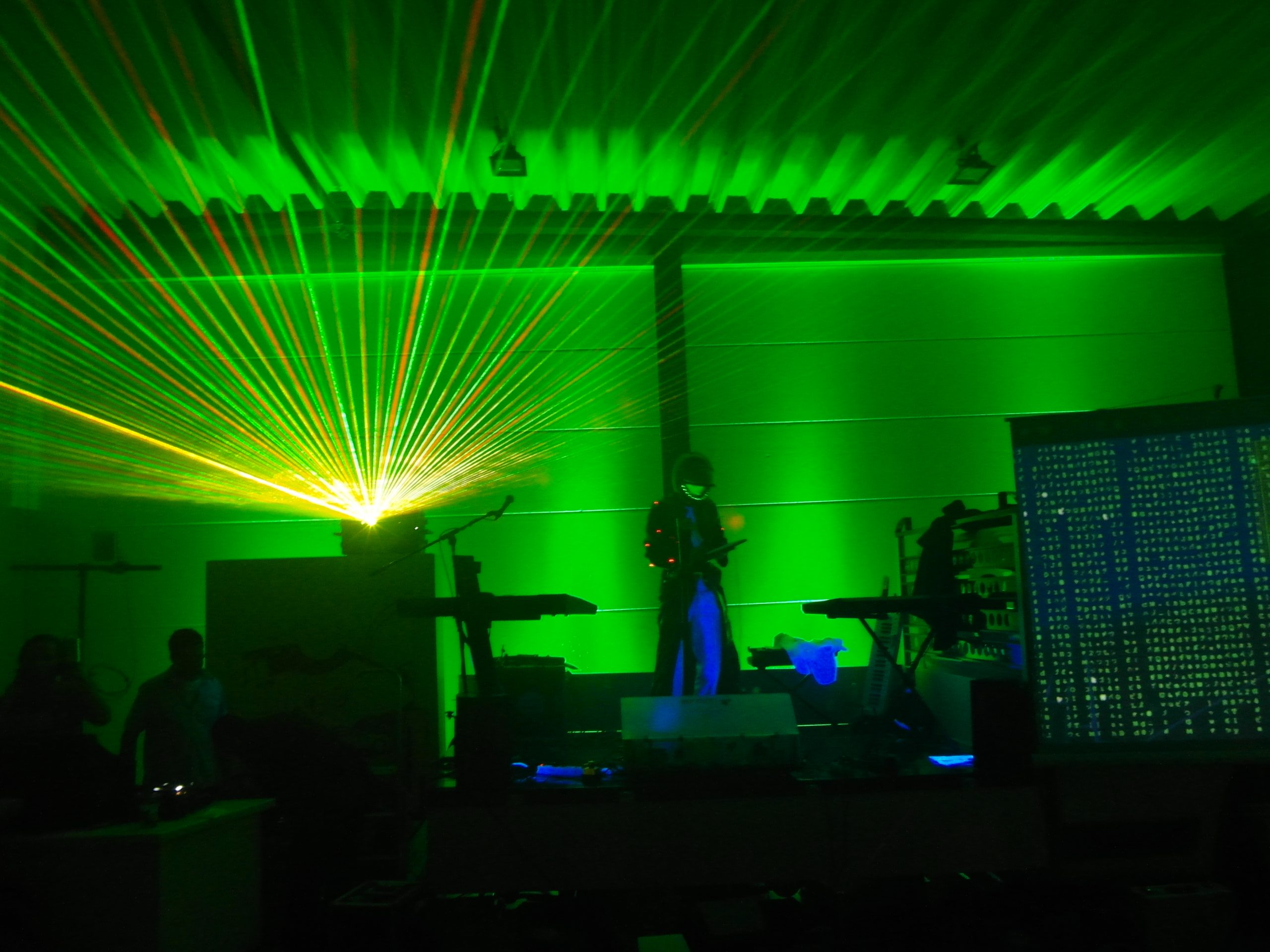 airman – elektro pop
airman is the elektro pop solo project with an innovative show by Stefan Vallbracht
from Cologne.
airman delivers a wide range of different electronic styles: There’s SynthPop, avantgarde,
big beat, trance and also driving trip-hop elements. Currently, the flight
paths into the dark realms of Future Pop are being expanded.
But this does not mean that Stefan Vallbracht does not follow a common thread. The
elements fit together intelligently to form a sound mesh – also with vocals.
Stefan Vallbracht, the man behind airman, is not afraid of the uncomfortable: some of the
songs are oriented towards decidedly avant-garde arrangements. The listener is allowed
to dive in, to deal with the songs. The diversely used sounds take the listener on a journey
through time and space – but never without the necessary pinch of humour.
The pieces are unmistakably influenced by Jean Michel Jarre, Yello, Enigma,
Kraftwerk, Propellerheads and by rather dark wave music of the 1980s like Depeche
Mode or Camouflage.
Nevertheless, there is no doubt that Vallbracht goes one step further, emancipates itself
from rigid patterns and blinkers of electronic genres and can be measured against
pioneers of this music that is difficult to pigeonhole, such as Art of Noise, Björk or such
unique concepts as Welle: Erdball. You can confidently call this ElektroTranceSynthPop
2.0.
airman also sees itself as a live event that is an extraordinary, multimedia stage
performance with unique theatre, video and lighting interludes.
In addition to unusual instruments such as a laser h arp , with which he has already
performed on German TV, a rose piano (with real roses), wind controller, music glove
(data glove), Wii-mote, computer keyboard, show elements such as “Birdh” – the bird man,
video projections controlled to the second, lasers and, for example, a virtual Tibetan monk
are used.
The duration of the show is currently about 90 minutes. 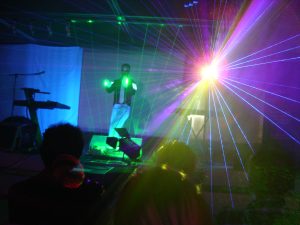 The secret services collect your data everywhere and only want your best. But you are
smarter and hack their system.
The completely original {black cloaked version} of “geheimer service” should please fans
of future pop like Rotersand, Diorama, Front 242 or Welle:Erdball: The story of this song is
wrapped in a dark, pounding secret agent electronic sound and presented in a mysterious
matrix look.
To make your life easier, they help you everywhere. Meanwhile, they lurk in the background
collecting data about you: The Secret Services.
With lines like “We know your number. We know where you are.” and “You get personalised
advertising. Only what you need.” the song tells about the sinister machinations of the ever-active
data secret services. They know very well what you supposedly need next.
But you are smarter! You are data-savvy and think twice about who you give your data to!
Then you only knew – what you want!
To reflect the theme of digital privacy, the vocals were generated by synthetic voice generators.
These were embedded in a cinematic, groovy and very recognisable melodic secret agent sound.
There is an English-language and a German-language interpretation of “geheimer service”, each
with a music video that takes you into the digital data world.
In addition, Superikone and VAINERZ have contributed their own interpretations as remixes.
“We know your number. We know where you are.” as a ringtone will almost certainly put a smile
on the faces of your fellow human beings.
airman is the elektro pop solo project with an innovative show by Stefan Vallbracht from Cologne.
With “geheimer service”, completely new flight paths are opened up into the darker regions
of future pop.
Further, somewhat less dark versions are available on “geheimer service”.
Much more information on this release can be found on the associated landing page, which
is constantly updated:
https://www.airman.de/en/audio/geheimer-service-black-cloaked-version/ 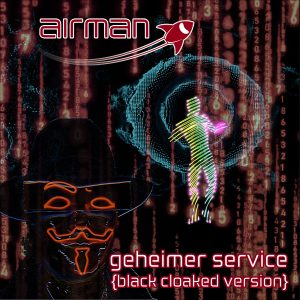