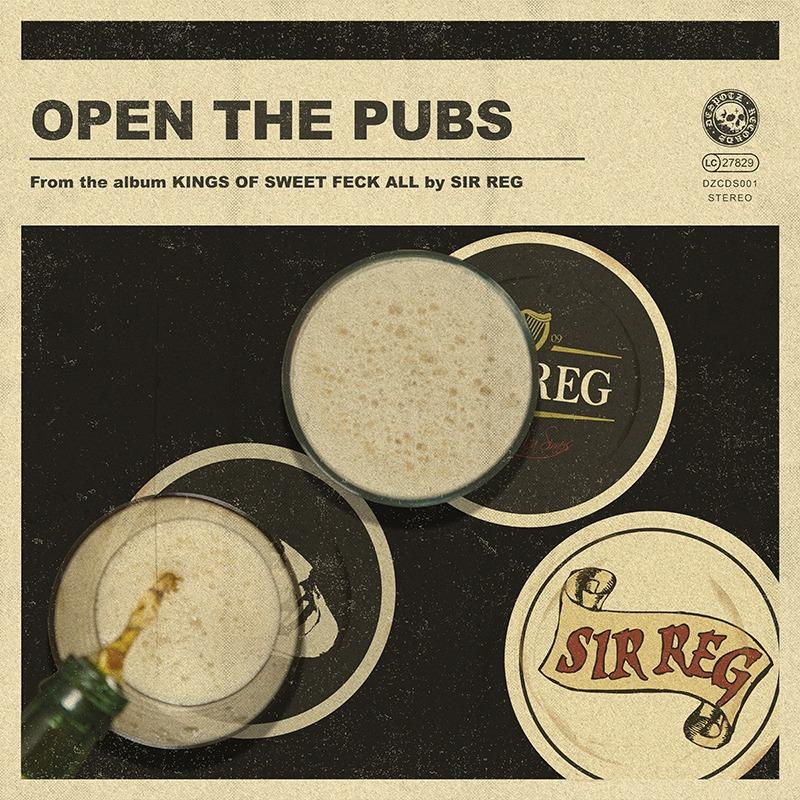 In a world of uncertainty, there’s few things that will lift your spirits like a raucous, rollicking, rambunctious slice of Celtic folk/punk, and Swedish/Irish sextet SIR REG are more than happy to oblige!

Formed by Irishman Brendan Sheehy, who left his home-town of Dublin and headed to Sweden with a guitar and a dream – to put together the most amazing band possible.

Boasting songs that bring together everything from the issues of modern day society to finding the right bar on a Saturday night, powered by strong melodies and irresistible energy. Add to the mix an explosive live show and it’s easy to see why, SIR REG have a formidable reputation in the Celtic punk and rock scene. Since the fledging band burst onto the scene in 2009 they have released five critically acclaimed albums and have performed on many of Europe’s biggest stages alongside bands like The Mahones, The Misfits, Thin Lizzy and The Real McKenzies.

2022 sees the band return with album number six, the quite remarkable ‘Kings of Sweet Feck All’. On which the band continue to stand with those struggling to make their voices and their opinions heard, bolstered by songs of grit and passion, without ever losing sight of the underdog spirit.

First new single is called ‘Open The Pubs‘ and is released January 14 on Despotz Records. Here’s the band’s comment on the restrictions-linked topic:
–
“If anyone told you a few years ago that pubs would be closed for months on end, you’d think they were having a laugh! Was no laughing matter indeed! That delicious pint of Guinness your favourite bartender pulled for you was suddenly taken away and you could only dream about it midst the ongoing nightmare!” // SIR REG