Swedish band Eclipse are back with their latest album “Gloria” 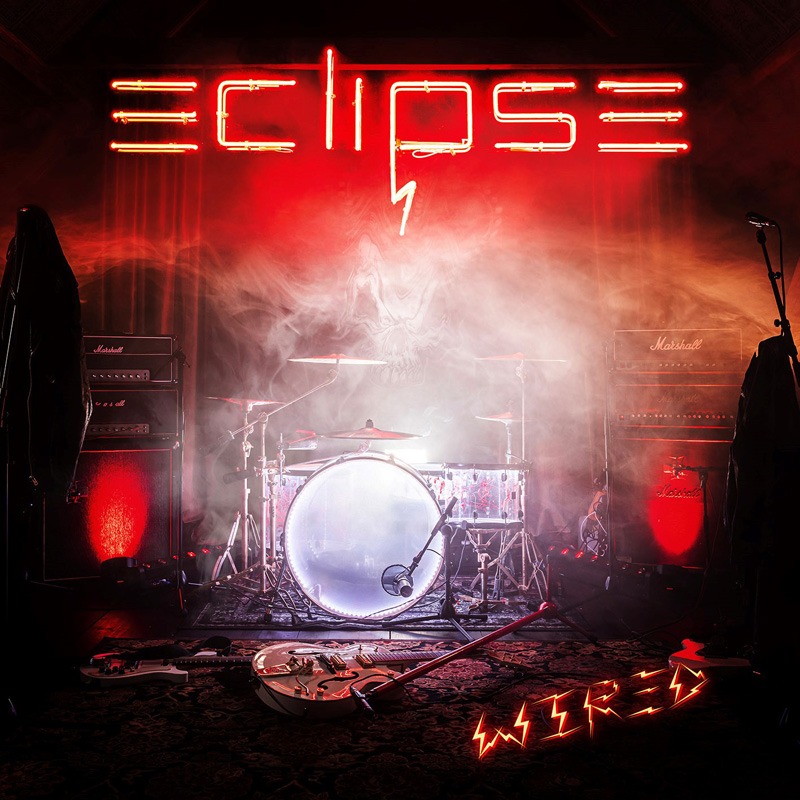 Sweden’s Eclipse is coming back with their new album “Gloria” which will be released October 8th. They recently put out their latest single “Saturday Night (Hallelujah)”. The Band has already had 340000 streams monthly on Spotify and is showing no signs of slowing down.

From the album WIRED.

Those who have followed them since their early days know that they are one of the most consistent, creative, and hard-working bands around.

It’s hard to tell what music will sound like in the aftermath of our pandemic time. As we see second-generation survivors age and the generation before them pass away, the sounds of music change.

The question is, how can people enjoy music at this time? One option is to look to past generations for guidance. Another is to turn to contemporary artists who are forging new paths with their work.

The songs on this album are some of the best of their career and It’s uplifting.

Over the last few years, Eclipse has performed to audiences around the globe, including the U.S, Japan, Australia and Europe and have opened for giants like Aerosmith and the Scorpions.

While their live show is an incredible experience, there is a lot more to the band than meets the eye.

Melodic death metal (also referred to as melodeath) is a subgenre of death metal that employs highly melodic guitar riffs, often borrowing From traditional heavy metal. The style originated and developed in Sweden (pioneered by At the Gates, Dark Tranquillity, and In Flames) around 1993. The Swedish death metal scene did much to popularise the style, soon centering in the "Gothenburg metal" scene.

The genre combines aspects of traditional heavy metal ranging as far as the new wave of British heavy metal, in particular fast riffing and harmonic guitar lines, with the heavily distorted guitars, fast double-bass drum patterns and occasional blast beats of death metal.[1][2] The vocal style typically combines harsh screaming and growling with melodic singing, with some artists emphasizing one of these techniques over the rest.[1] 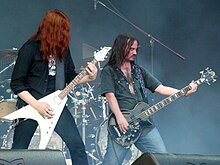 Much of the origin and popularity of melodic death metal can be attributed to the bands At the Gates, In Flames, and Dark Tranquillity, whose mid 1990s music releases (namely Slaughter of the Soul, The Jester Race, and The Gallery, respectively) defined the genre and laid the foundation for the Gothenburg metal scene.[1] Writer Gary Sharpe-Young considered the Gothenburg scene the commercial salvation of death metal: "Gothenburg became the new Tampa and the genre received a new lease on life."[4] The titular melodic elements can be traced to traditional Scandinavian musical motifs. Another pioneer was the English band Carcass, which performed grindcore on its first two releases but morphed into death metal and an increasingly melodic style on the Necroticism – Descanting the Insalubrious (1991) and Heartwork (1993).[3][5][6] Death's 1995 album Symbolic is also considered to be influential in the development of the genre.[7] Ceremonial Oath and Eucharist also played melodic death metal in the very early 1990s; however, they never gained much attention outside of their own scene.[8]

Since the late 1990s, melodic death metal bands have added more melodic choruses and riffs and have used keyboards more prominently than other death metal bands; their lyrics, unlike those of death metal, did not focus on death, violence, gore, horror, or blood, for the most part.[9] However, bands prominent in the genre such as The Black Dahlia Murder have been described as maintaining the intensity of regular death metal, while incorporating elements From other extreme metal bands like Cradle of Filth and Dimmu Borgir.[10] Additionally, other genres would begin using melodic death metal as an influence, including melodic metalcore[11] and melodic black/death.[12][13] Stewart Mason claims that melodic metalcore has become very popular in the United States, using the term "Swedecore" to describe Scandinavian-style metal as played by non-Nordic bands.[14]

Influence on other genres

Melodic metalcore is a fusion genre, incorporating elements of metalcore and melodic death metal, with a heavy emphasis on melodic instrumentation, blast beats, metalcore-stylized breakdowns and clean singing.[11] These bands often take influence From the guitar riffs and writing styles of Swedish melodic death metal bands, especially At the Gates, In Flames, Arch Enemy and Soilwork.[11]