Skip to content
IMHA TARIKAT detonate their explosive new lyric video clip ‘Brute Majesty’ onto the screens as the third single taken from the forthcoming album “Hearts Unchained – At War with a Passionless World”. The new full-length from the German black metal radicals has been scheduled for release on December 2. 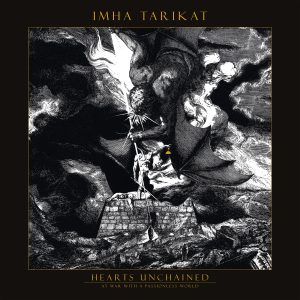 IMHA TARIKAT comment: “The song ‘Brute Majesty’ was inspired by a moment, in which I found myself utterly perplexed by the measures that I took to function as a part of society”, mastermind Kerem Yilmaz aka Ruhsuz Cellât reveals. “This peculiar moment of realisation shocked me into a turmoil, which shifted into a detonation of excesses that had been long held back. There will be no weaning off from this, because I don’t want it to stop. While ‘At War with a Passionless World’, the ‘Brute Majesty’ will be a love that I shall carry with me until I am gone.”