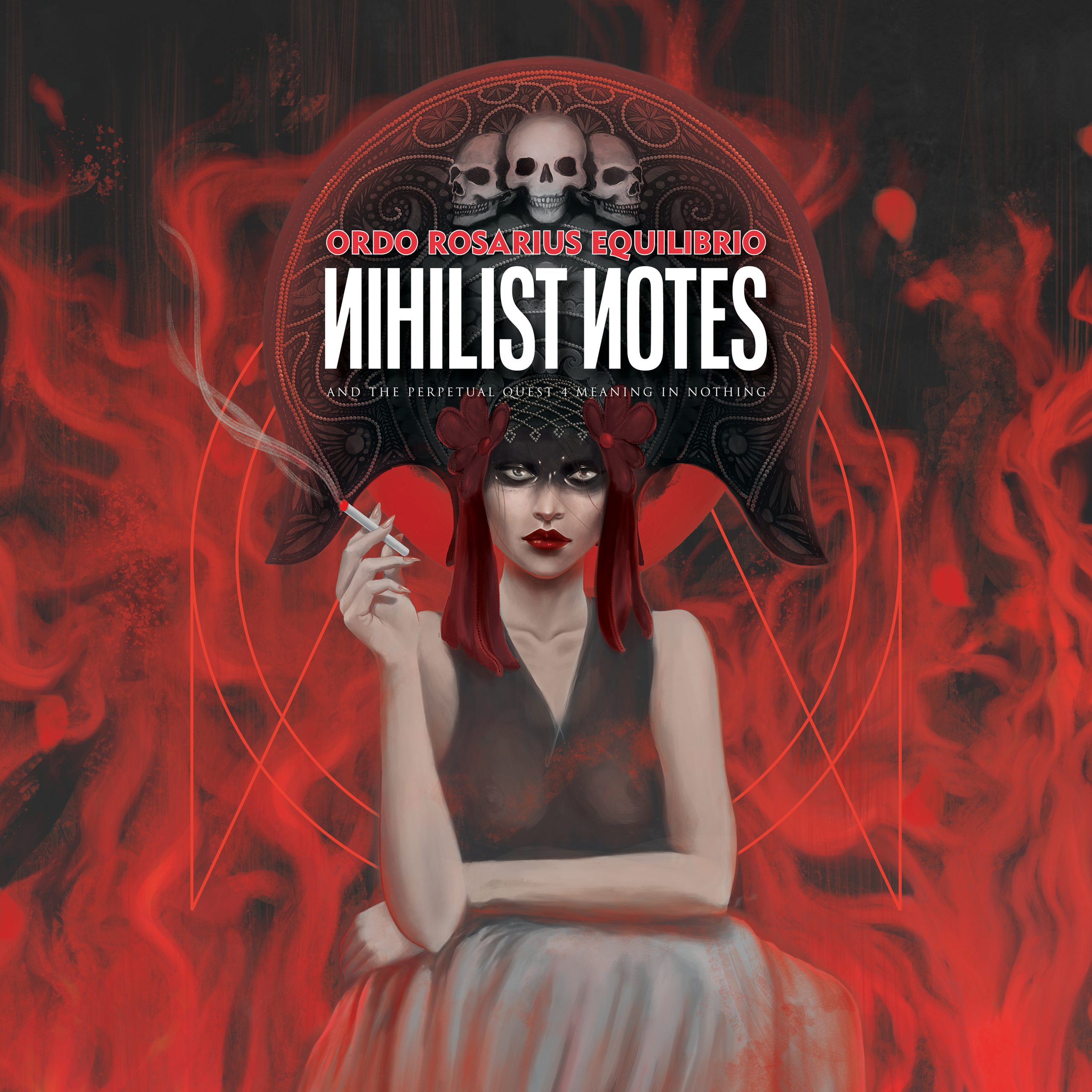 Nihilist Notes (And the Perpetual Quest 4 Meaning in Nothing) is the fourth full-length album by Ordo Rosarius Equilibrio on the German label Out of Line to which they signed in 2010 following the demise of Swedish cult label Cold Meat Industry.

Preceded by the 4 track mini-album “La Fleur du Mal” in March, “Nihilist Notes” takes multiple steps in directions that appear to move away from the more melodic aspects of the highly acclaimed full-length album “Let’s Play [Two Girls & a Goat] from 2019.

“Nihilist Notes” is dark, oppressive, and raw. It’s a deceleration of war orchestrated by drums and horns rather than guitars and pianos as we are used to. The sound is rather more martial than folk, but still clearly Ordo Rosarius Equilibrio. The new album merges the crudeness of the past, such as “Conquest Love & Self-Perseverance”, with the refinement and perfection of the present. It becomes a convergence of both past and present into a perfect symbiosis of what’s to come.

“Nihilist Notes” will be released on May 20th as CD Digipak & on cassette (in red incl. a pencil). However, the highlight is the deluxe wooden box set, strictly limited to 444 pieces, which, in addition to the CD, also exclusively includes the album on 10″ vinyl and 5 collector’s coins with a noble case.

from the  fourth full-length album by Ordo Rosarius Equilibrio

Tracklist CD, Kassette/ Vinyl:
1 Nothing, Nada, Null2 I set Fire to Cathedrals, with the flame inside my Heart
3 How I paint the World in Flames 4 You
4 I remember, the perpetual Search for the Meaning in Nothing
5 Let’s forsake your Peace, and embrace my War
6 In the Skies that burn there’s no Refuge 4 Man
7 Sing to my Enemies, and those who did not make it
8 To the Gods that kill and forever will
9 Never shall the Stars be touched or the Roses fall
10 Of all the Pearls we cast to Swine
11 The Sins that I did, and all the Sin I’ll ever do
12 Every Fiend I have lost and Friends abandoned
13 Somewhere there’s a Cross that won’t defile you