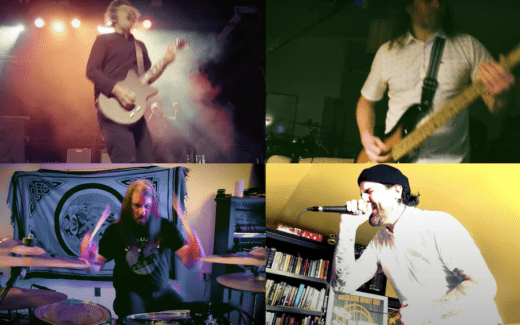 Unsurprisingly, the cover absolutely rules. It was even mixed by producer Matt Bayles, who handled mixing on Botch’s We Are the Romans. It’s a pleasant surprise to hear from Minakakis, who exited Dillinger following 1999’s Calculating Infinity, appearing again only on Ire Works and for special appearances at the band’s final shows. Gormley played with a number of crucial artists including Kiss It Goodbye, Rorschach, Shai Hulud and Playing Enemy.

According to the video description, this cover of “To Our Friends in the Great White North” is the start of Two Minutes to Late Night’s Summer of Hardcore, which they describe as their “tribute to all things mosh.” The video promises a regular stream of covers, so stay tuned to the Two Minutes to Late Night channel for more updates regarding that.

This is far from the first cover Two Minutes has produced. Their “Covers” playlist on Youtube features 64 different videos, with contributions from just about every metal musician that knows how to use the internet (and probably some who don’t). Check out a few of our favorites below.

This is a great start to the summer of hardcore! Now if only we could get an actual Botch reunion…