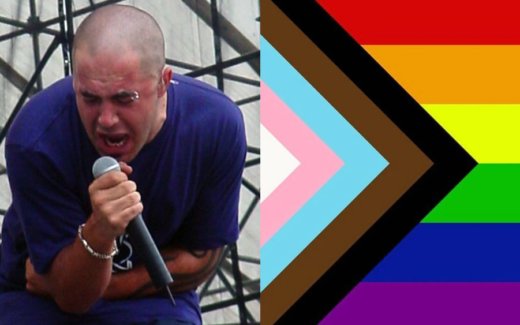 Lately, right-wingers have been focused on the idea that discussing someone’s gender or sexual orientation with a child is an act of pedophilic grooming. The argument against this take is that transgender and queer-identifying people exist, and to hide that fact from children is an attempt to erase their lives and the impact they make as individuals from young people’s education. Now, Staind frontman, outspoken conservative country musician, and Vladimir Putin supporter Aaron Lewis has suggested that America’s teachers are in league with Disney in a plan to corrupt today’s youth.

Here’s what Aaron told ‘Uncut with Jay Cutler,’ as transcribed by Blabbermouth:

“Have you seen some of the shit that Disney is responsible for putting into the classrooms of our children? And this is just Disney. Forget about the rest of the factions of it that are just hard-pressing, turning our kids’ education into an indoctrination of their movement. Which, their movement is as anti-America as you can possibly create in one movement — every facet of it….The gender thing, the critical race theory thing… This is criminal what they are doing — criminal. Every teacher out there that has taught a child anything that has to do with sexual orientation should be in jail. There’s laws for grooming on the books. You have no business talking to my children, or anybody’s children, about that. They’re not adults — not even close. I can’t even believe the argument is about up to eight years old. After eight, you’re gonna tell me that after eight years old, it’s okay for a complete stranger to talk about their sexuality or my child’s sexuality with them without me knowing it or being there. Is this really what is going on in this fucking country? Eight! How about at least high school. How about once you’re in high school you’ve still gotta get written permission from the parents to talk about that shit? Maybe they’ve already got their speech worked out.

“A teacher’s responsibility is to teach curriculum. It was never the job of a stranger [to talk to my kids about their sexuality]. It’s a stranger. I don’t know what a teacher is doing after hours; I just know how they are when they interact with my kids. It is a stranger talking to your children not only about sex but all sorts of aspects of sex, from the most depraved things to the most normal of things. Who the fuck do you think you are that you have any right to talk to my child about any of that?”

A few thoughts on this:

You can watch Aaron freak the fuck out below:

The post Staind’s Aaron Lewis: “Every Teacher That Has Taught a Child Anything to Do With Sexual Orientation Should Be In Jail” appeared first on MetalSucks.