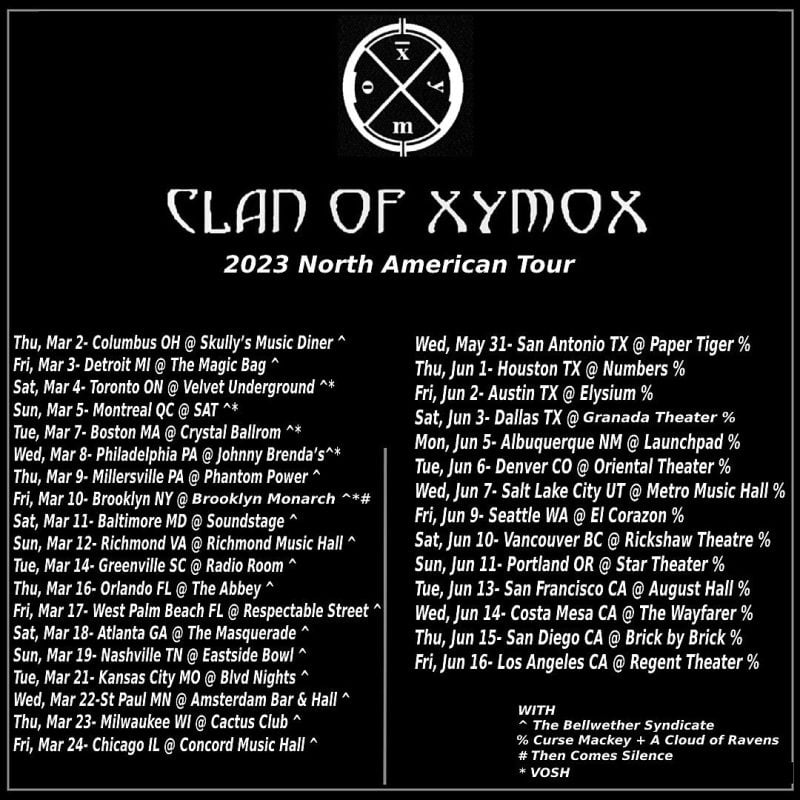 After a few rescheduling hiccups, darkwave icons Clan of Xymox will finally tour North America in 2023! Joining them at various dates will be The Bellwether Syndicate, Curse Mackey, and A Cloud of Ravens, noted below on the tour billing.

The party begins on the 2nd of March at Skully’s in Columbus, OH, and from there they will be crisscrossing the continent; making stops in Toronto, Montreal, Boston, Philadelphia, Brooklyn, Baltimore, Orlando, Atlanta, Chicago, Seattle, Portland, and many more. The last show on the tour will be an appearance at the Regent Theatre in Los Angeles on the 16th of June.