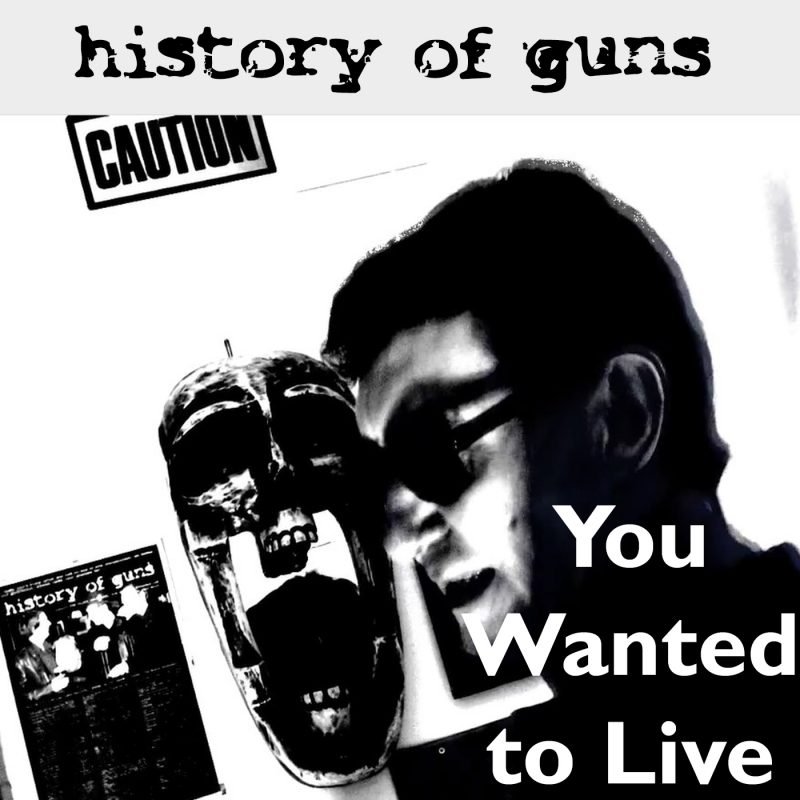 “The only serious question, is whether to live.”

With the video single, “You Wanted to Live”, UK industrial post-punk band History Of Guns return with their first new material in over a decade, which takes an unflinching look at the difficult subject of suicide. Like many, the bandmates have lost friends and loved ones to self-destruction, and have faced their own battles with mental ill-health and staying alive. The new video is produced by Round Window Media, and is taken from the forthcoming album, Forever Dying in Your Eyes.

“There is only one really serious philosophical question, and that is suicide.”

If life and suffering are essentially meaningless, then it is up to each individual to find (or create) a reason to continue to live, to make our own meaning. Having faced the choice of whether to live or not, History Of Guns suggest that the act of not choosing death indicates a wish to live, and that that tiny ember can be nursed to a full flame of life force. One way to do this might be to live as fully as one is able. As the song has it, “You wanted to live, so live.”

The song is tense and atmospheric, with chiming keys leading into a smokey vocal delivery that slowly intensifies before a brief moment of respite utilizing acoustic guitar.

Central to the video is the battle-worn performance of frontman Del Alien. Keyboardist and producer Max Rael offer the following comments on capturing Del’s performance:

“Our first idea was probably taking it a bit too literally about the choice between life and death – we talked of surrounding Del with implements of self-destruction – but we don’t like to be too obvious and hammer the message home. So we stepped back a bit, and let the song and the lyrics do the talking. Del doesn’t need props – he’s dramatic enough!”

History Of Guns were formed in Hertfordshire, England, in 1996, and became known as one of the underground industrial post-punk bands of the UK Wasp Factory / FuturePunk scene of the 2000s. Sometimes completely electronic, sometimes a full 5-piece rock band, and many things both in between and beyond: they have explored many genres in their collected output over the years, while somehow managing to always sound uniquely like History Of Guns.

History Of Guns are Del Alien (vocals), Max Rael (keyboards, programming), and newest member Jamu Knight (guitars). For “You Wanted to Live”, they were joined in the studio by Daniel Vincent (programming), Jason Knight (drums), and Gary Hughes (additional instrumentation).

“You Wanted to Live” was written by Alien/Rael/Vincent, mixed by Gary Hughes, and produced by Max Rael.

The post UK Industrial Post-Punk Outfit History of Guns Debut Video for “You Wanted to Live” appeared first on Post-Punk.com.