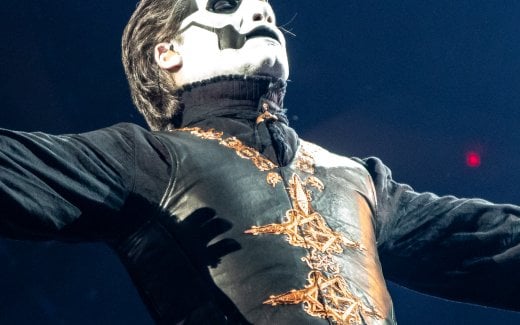 Ghost are no strangers to making mysterious announcements and dropping surprise music, and now, they have gotten fan attention with a billboard.

Ghost followers report that a billboard is currently up in Hollywood featuring Papa Emeritus IV’s face and the words “Jesus is Coming.”

Followers of Ghost have already been speculating what it means. The band have already eluded to a change coming this year, and most think this could foretell new music. The Jesus reference, some speculate, could mean that a release could coincide with Easter this year, which falls on April 9.

Either way, wether this spells a new album, song, video, tour, or even something more literally related to Jesus, we’re in for a Ghost-themed treat in 2023.