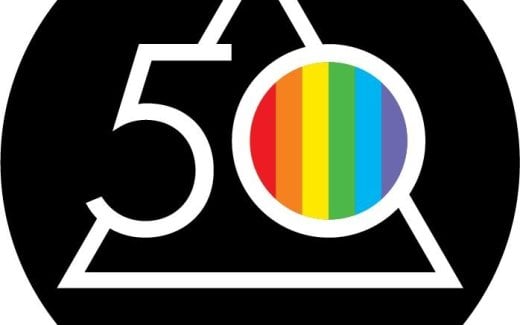 We all know Pink Floyd‘s iconic Dark Side Of The Moon album is famous for featuring a prism refracting a rainbow on the cover. Apparently, some of their anti-LGBTQ fans are confused and think this is a sign the band are trying to be “woke.”

“Sad to see a band that was once great has gone full WOKE!!!.” writes another fan. “I loved your music before, NOT LISTENING NOW!”

“What is the connection between pink Floyd master piece & LGBT ??? WTF….” says another.

Fans in the comments trolled the commentators back, pointing out how ridiculous the irony was.

“The prism already had a rainbow, and you’d be a fake fan to say Pink Floyd hasn’t always accepted queer folks,” one fans says. “The Wall was pretty clear that homophobia is vile.”

“Imagine claiming to be a Pink Floyd fan for longer than I’ve been alive, and still knowing nothing about them” adds another.

The post Homophobic Pink Floyd Fans Mad About the <em>Dark Side of the Moon</em> Rainbow appeared first on MetalSucks.