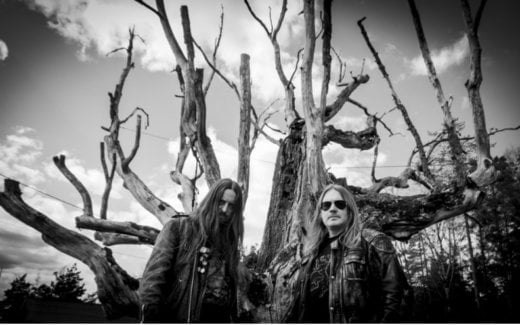 Darkthrone have announced that they will be reissuing a version of their Goatlord album, out February 10 via Peaceville Records.

The album, titled Goatlord: Original, will feature tracks from the OG record in their original, instrumental form from the band’s rehearsal space. It features Gylve “Fenris” Nagell on drums, Ted Skjellum on lead guitar, Ivar Enger on rhythm guitar, and Dag Nilsen on bass. The recordings are allegedly taken from Fenriz’s original tapes. Artwork for the album comes from Zbigniew M. Bielak.

This record represents a glimpse into the original sound of the band, which can also be heard on their debut record Soulside Journey. The style featured more melody and technicality, leaning more towards death metal in some places. Instead, they went more in the black metal direction we known from albums like A Blaze In The Northern Sky.

The post Darkthrone to Rerelease Their Classic <em>Goatlord</em> Record appeared first on MetalSucks.