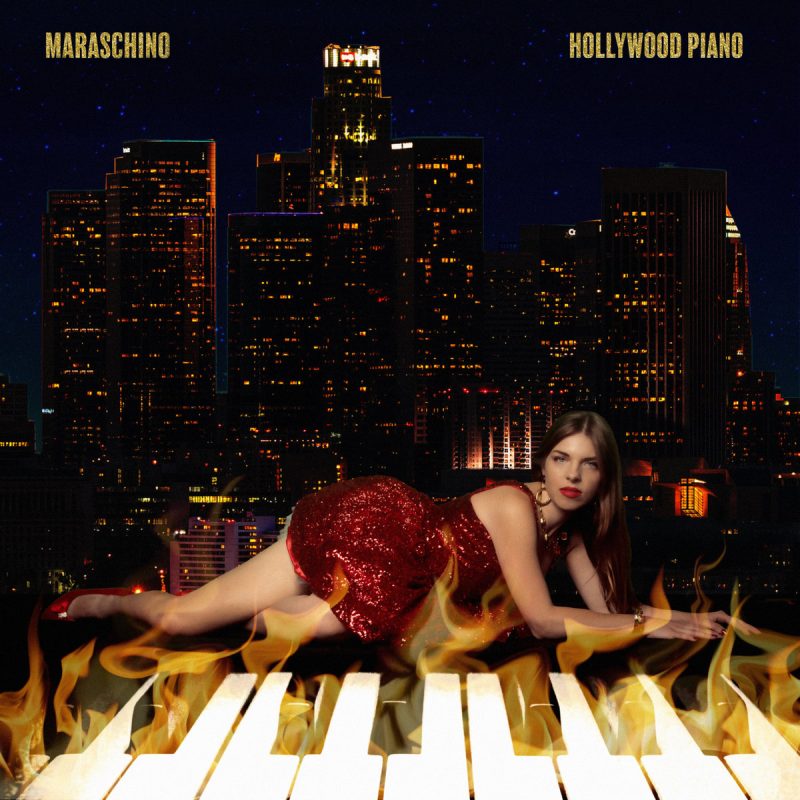 The creation of her forthcoming new album has been a long, hard road for Durabo. Early on in its recording, she suffered a devastating breakup, a battle with cancer, and the unexpected loss of her friend and collaborator Sam Mehran. Having grown up working-class in the heart of conformist Hollywood, Durabo prides herself in her individuality and DIY attitude. She’s tough, but never afraid to laugh at the situations life hands her – she takes it all in stride.

This is the heart of “Angelface,” which she calls “a love song for the underdogs who’ve given up on finding love, and a suggestion that sometimes the sweetest love stories are the ones we don’t see coming.”

‘Angelface” is a stunning sugary pop gem, produced by Chris Coady and mixed by Jorge Elbrecht.

The core of the Maraschino project is a “renegade utopian vision where glamour and garbage collide in a sparkly bang. A place where you can have a good time while having a bad time. Where hearts are broken and mended, dreams crushed and reborn, all just to wake up and do it over again.”

Looking forward to hearing more from this talented songwriter. Her new album Hollywood Piano is out on March 3rd, 2023.