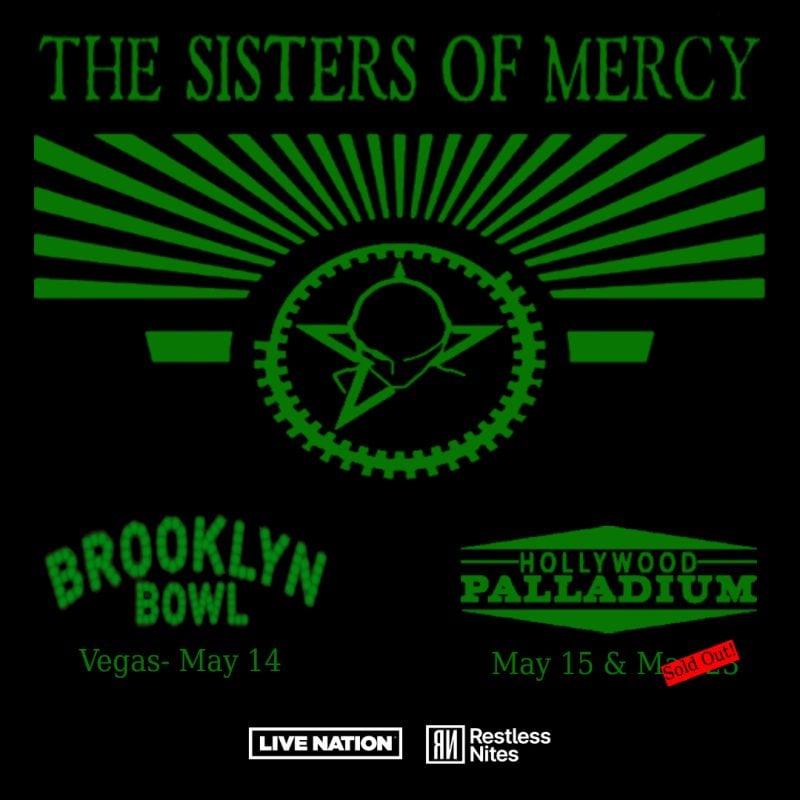 The Sisters of Mercy recently announced a run of new North American shows for the first time in over 14 years, including the Sick New World festival in Las Vegas, several dates in Mexico, and their first show at the Hollywood Palladium in Los Angeles (which has already sold out). Today they announce that they’ve added a date at the Brooklyn Bowl in Las Vegas following Sick New World, on May 14th, 2023, and a second date in Los Angeles, the next day on May 15th

For over four decades, The Sisters of Mercy have been an iconic force in dark underground music; defining, defying…and denying…several genres of dark rock and roll.  Their unique blend of psychedelia, metal, dance beats, and guttural growls have been mesmerizing the masses for several generations – and for many, this will be their first opportunity to catch them live.

Tickets for the May 14th Brooklyn Bowl Las Vegas Concert, and the May 15th Palladium concert, go on sale at Midnight, 12 am PST, January 26th.

Purchase tickets here  for the Palladium in Los Angeles

Purchase Tickets here for the Brooklyn Bowl in Las Vegas

The Sisters of Mercy Live dates:

The post The Sisters of Mercy add Second Date in Los Angeles and Headlining Concert in Las Vegas appeared first on Post-Punk.com.