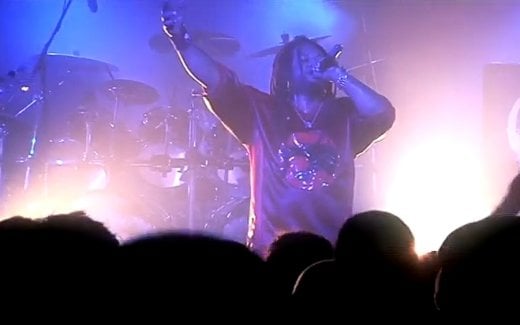 New Wave of American Heavy Metal staples God Forbid recently played two East Coast shows in Massachusetts and New Jersey, in addition to announcing their appearance on Lamb of God‘s Headbanger’s Boat cruise. With all this activity again after nearly a decade, it’s natural to wonder if new music is coming.

On his podcast, The Ex-Man with Doc Coyle, Coyle says that he and God Forbid live guitarist Nick Hipa have been focused on getting the old songs down but there are a “couple ideas” so maybe those will become something. He also said the following, as transcribed by Metal Injection:

“So it’s just about locking together and developing chemistry, which we have pretty good chemistry already which is amazing. As far as new ideas, I mean, new ideas really haven’t been approached. I have a couple ideas floating around that could be used for some God Forbid stuff but [it’s to be determined].”

He doesn’t want you to get too excited, but there also seems to be reason for hope:

“I’m open to [new material], but one step at a time. I don’t want to over-promise anything before it materializes … It would be fun. It would be nice, but we’ll see.”

While the reunion shows are clearly God Forbid’s first priority, it’s hard not to be excited by the idea of the band making more music. During their run in the 2000s, God Forbid put out some of the best albums of the New Wave of American Heavy Metal. Check out our list of the best releases from that time, including God Forbid.