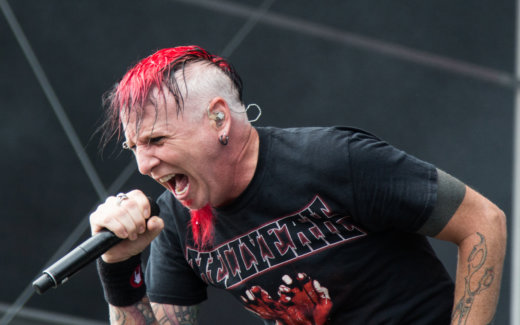 This week, Mudvayne and Hellyeah frontman Chad Gray is our guest! We discuss his early touring days with Slipknot before Mudvayne broke out, the trek that ended a 26-month touring cycle, Mudvayne’s motivation for wearing make-up in their early days, and the importance of mystique to the success of the band.

Chad also talks about connecting with the fans with his live performances, protecting openers when the Mudvayne fanbase is disrespectful to them, which album was more difficult to follow up — L.D. 50 or Lost and Found — Vinnie Paul seeing every show he could in Vegas.

Petar and Sylvia discuss the 24 hour-straight Rage Against The Machine protest at a Canadian radio station, the backsplash we recently received for our negative comments about Mötley Crüe stadium tour kick off, and our thoughts on Dave Mustaine’s recent comments about ex-Megadeth bassist Dave Ellefson.