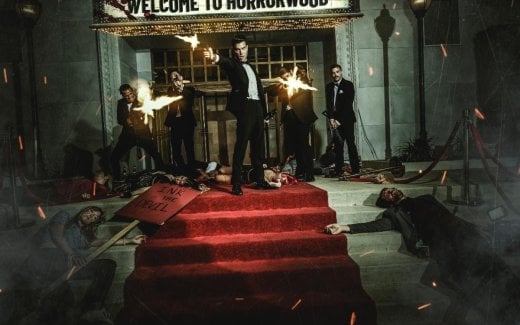 Ice Nine Kills dropped another saga in their slasher video series this past Friday 13 with “Welcome to Horrorwood.”

“Keep children and the elderly far away from this video.”

Those lucky enough to be located in the Hollywood area were also treated to a Chai-Day The 13th iced latte at Horror Vibes Coffee locations, but at least the rest of this have this video. You can also find their limited-edition Frydye The 13th merch items here.