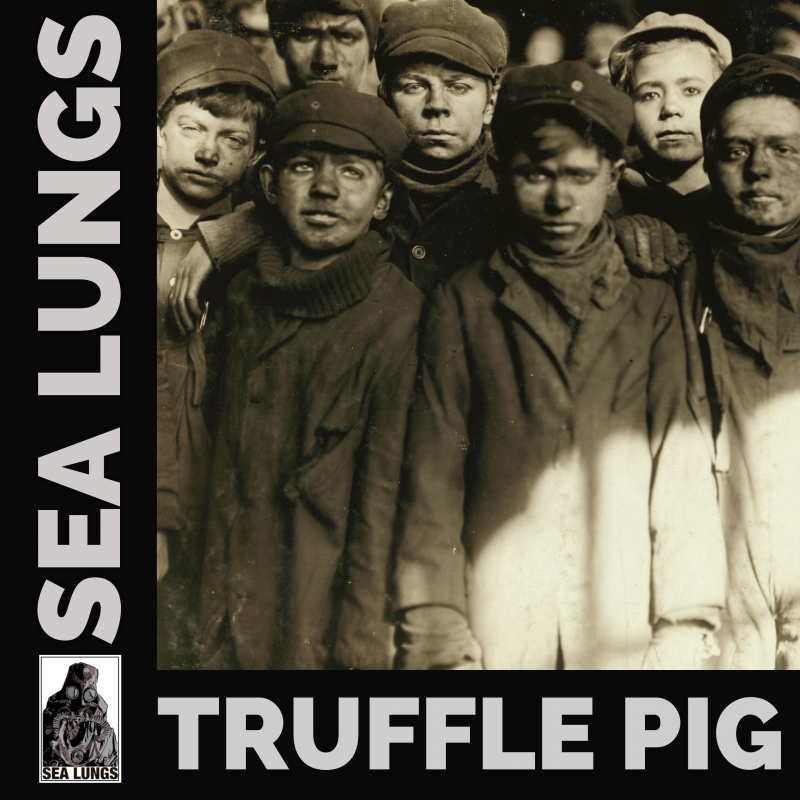 “He flexed his gums for an oratory
Egalite! Fraternity!
As spit-flecked lips rolled from the page
Hegemony, polemically
An act of deconstruction withering
To kick the splints from under it and spirit them away.”

The track examines the historical context of the ongoing struggle for worker’s rights and exploitation around the globe, particularly that of the Gilded Age working class. Songwriter Andi Lennon’s ferocious lyrical storytelling and folk history is right at home with the likes of Billy Bragg, Midnight Oil, Steeleye Span, and solo Frank Tovey. Truffle Pig asserts that we are right back at the top of the karmic wheel, repeating history.

“These are themes that resonate strongly even in today’s world,” says Jarrad Robertson.  “We find the stories told by people living in the shadows of the great empires of the past both horrible and fascinating. So many lessons have been offered up, but we still see parallels in our time. The empires have just changed from Nation-states to corporations.”

Truffle Pig’ is an intricately twisting, deviously mesmerising waltz that unwinds into a stomping, fist-waving singalong.

”We don’t write with any particular framework or structure,” Robertson clarifies. “Truffle Pig was a handful of ideas, each not quite complete, that seemed to contrast nicely against each other. The almost delicate playfulness of the verse is stomped out by the chorus. I think of it as a sweet lie being sold to the listener, with the chorus being a hard truth shouted down, to drag you back to the cold reality.”

Sea Lungs is the musical collaboration between Melbourne’s Jarrad Robertson (Pigs of the Roman Empire) and Sydney’s Andi Lennon (Sounds Like Winter, Howl). With the help of a few collaborators and the production skills of Sydney dark music veteran Ant Bannister (Sounds Like Winter, Sequential Zero), Sea Lungs began releasing singles in 2020.