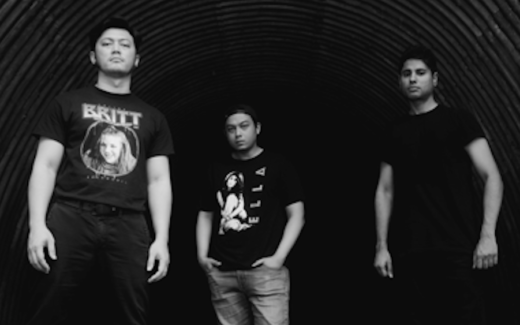 Right now, Hiss, the upcoming album by Singaporean grindcore act Wormrot, is gearing up to one of the year’s best albums. Now, the band have dropped a new song via a music video which sums up the revenge arc of their previous videos.

The track, “Voiceless Choir,” is classic Wormrot, but still offers some new angles. Midway through the song, vocalist Arif (or ex-vocalist — we’ll get to that) goes on a harrowing low-volume rant, which adds and extra dose of menace to the whole thing. It’s definitely a killer move, and helps expand what Wormrot can be besides just nonstop blasting.

Unfortunately, Hiss will be Arif’s last output with the band. Though the other two members of Wormrot have vowed to carry on, he and manager Azean are out of the game, saying in a statement:

“It is with a heavy heart to announce that I, Arif, and Azean have parted ways with Wormrot.

“We’ve thought about it for some time before coming to a final decision. We’ve been going through a lot of personal hardships and it’s taken a toll on our mental health and well-being. This is for the best.

“There are many other factors that are just too personal to share. Certain issues have become priorities that we just can’t avoid. It’s going to take us some time to recover. It was a difficult decision but our family is our priority and we do not wish to hold the band back.

“Also, I have to stop pretending that I am still interested being in the band. It feels wrong and disrespectful to Rasyid and Vijesh whom I regard as part of my family. The best people I have ever worked musically with.

“Thank you for your amazing love and support for the past 15 years. Thank you for believing in me. Past members, friends near and far, and promoters who’ve hosted us. Azean and I have been in the band since Day 1 in 2007 and these memories are embedded in us until the end of time.https://726d92ea7769ad83a20e42683a294805.safeframe.googlesyndication.com/safeframe/1-0-38/html/container.html

“We wish nothing but the best to Wormrot and their future endeavours. HISS is my final album.

Check out “Voiceless Choir” below. Wormrot’s Hiss drops July 8th via Earache, and is available for preorder.