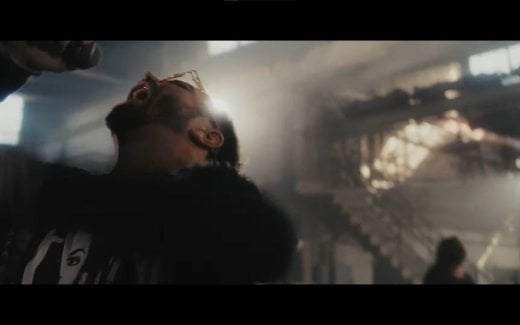 Earlier today, we shared the audio only versions of Periphery’s first two singles off their upcoming album Periphery V: Djent Is Not A Genre. At the time, we were told that there’d be a music video coming a few hours later for “Wildfire.”

Well, the heavy, progressive metal act with syncopated rhythms that totally would never get classified as at least djent-adjacent delivered on their promise, making the video available for the masses. Much like their music, the video’s highly produced and even gets a little meta, as the band takes a break to watch that guest saxophone performance by Jørgen Munkeby of Shining.

Speaking of the new album, which will release on March 10 via 3 Dot Recordings, guitarist Misha Mansoor said this latest slate of new tracks was a “labor of love” from start to finish.

“I’m really proud of the material and it was certainly a labor of love and a tough album to make. The feeling that we were going to have to give up because it kept taking so long was so overwhelming at times, that to not just overcome it, but to feel so proud of this album has really galvanized us as a band in a way that I don’t think any other experience could have.”

Periphery V: Djent is Not A Genre will be out on March 10 via 3 Dot Recordings, but you can preorder your copy today.

Periphery V: Djent is Not A Genre tracklist: