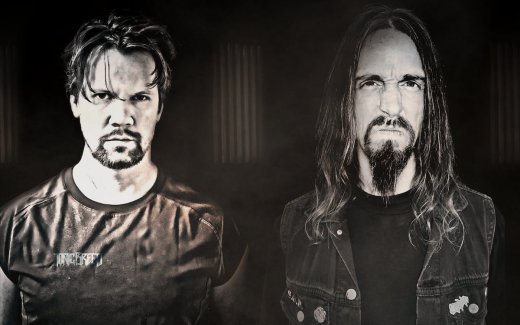 Tonic Breed is dropping a new video for the song “Fuel The Fire” featuring some pretty impressive guests—Dirk Vebeuren of Megadeth and Bernt Jansen of Artch and Wig Wam.

The one-man band made up of Patrik K. Svendsen and hailing from Norway is known for putting a new spin on thrash, and this song lives up to that standard.

Says Svendsen of the track:

“Fuel the Fire’: A song that repeats itself twice with two different endings, which correlates with the lyrics. A new start—Let us say it like that. Fast, energic (sic), and groovy. You get it all in this song with tons of riffs. The only Tonic Breed to include blast beats. Dirk Verbeuren is a beast on the drums!”

The song comes from their four-track EP of the same name, which, in addition to the guests from this track, also features Björn Strid (Soilwork), Martin Skriubakken (Endezzma), and Oliver Palotai (Kamelot).

About this collaborative record, Svendsen says:

“Being a full-pieced band for 13 years, Tonic Breed gained tons of experience in the music scene. After the third and last split-up in 2019, I decided to reinvent the band. I now operate alone as a songwriter, but with great company in my songs. I believe the EP will not disappoint the Tonic Breed fanbase. The starter songs are right up there in the alley they would expect.”

Fuel the Fire was released on July 22, 2022 and is available on all digital platforms including Spotify and Apple Music.