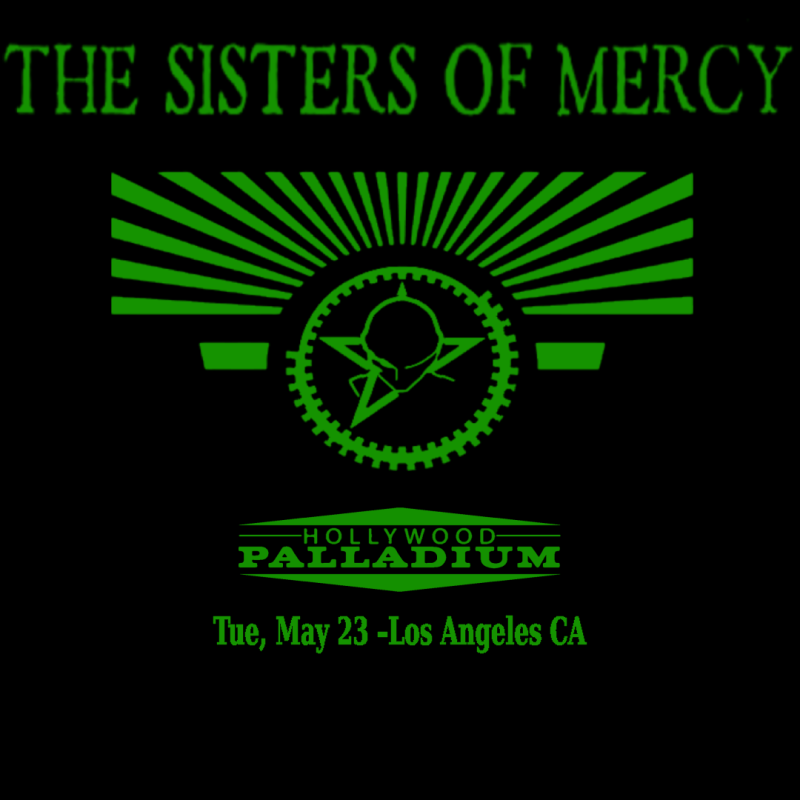 Following the announcement of their appearance at Sick New World festival in Las Vegas, and several dates in Mexico, The Sisters of Mercy have announced their first show in Los Angeles, in over 14 years. The last time the Sisters played the City of Angels was in December of 2008.

For over 40 years, The Sisters of Mercy have been an iconic force in dark underground music; defining, defying…and denying…several genres of dark rock and roll.  Their unique blend of psychedelia, metal, dance beats, and guttural growls have been mesmerizing the masses for several generations – and for many, this will be their first opportunity to catch them live.

The Leeds band formed in 1980, and According to legend, their name was influenced by the 1971 Robert Altman film McCabe & Mrs Miller, which featured the Leonard Cohen song Sisters of Mercy. They allegedly chose this “because [calling ourselves] the Captains of Industry wouldn’t have been as funny.”

On May 23rd, 2023, Andrew Eldritch and co will be celebrating over four decades of the band by performing a headlining gig at the Hollywood Palladium.

The post The Sisters of Mercy Announce First Los Angeles Show in over 14 Years appeared first on Post-Punk.com.