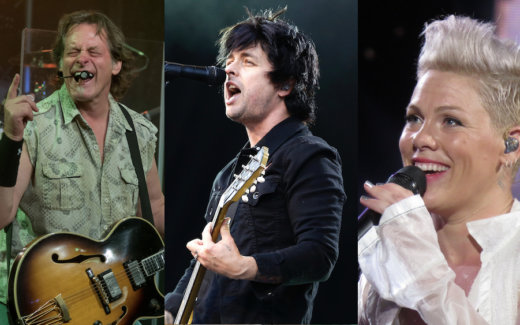 Right now, right-wing crackpot and noted bigot Ted Nugent has found two new focuses for his impotent, poorly-researched rage: Green Day frontman Billie Joe Armstrong and pop star Pink. For a second time in a row, the “Cat Scratch Fever” writer has gone after the two musicians, though this time he’s doubled down on his wackadoodle accusations.

For those of you who don’t remember, both Armstrong and Pink were vocal in their rage over the Supreme Court’s overturning of landmark court decision Roe v. Wade, which protects a woman’s right to choose. Now, during a recent edition of his cam show, Ted decided to go all out on the musicians, who he loves complimenting while saying they’re evil.

Here’s what he said, as transcribed by Blabbermouth:

“I saw what Billie Armstrong of Green Day [said the other night at a concert in London]. [They’re] just an incredible band — just unbelievable musicians. They started out as just a punk [group] and a garage band, but, boy, they can really play. But when you just go berserk to kill babies and to ban guns and to open the borders and support a government that imports fentanyl chemical warfare against American citizens… And even [pop superstar] Pink [who recently went on a Twitter rampage and told supporters of the decision to overturn Roe v. Wade to ‘never listen to my music again’] — again, just a great, great talented artist. And their work ethic should be applauded. But how they end up… And I’m not accusing anybody of abusing substances, but you have to have abused a lot of substances to be that stupid and to be that disconnected from good over evil instead of supporting evil over good.”

Man, and Ted almost had it. Only earlier this week, he ranted about how, despite his right-wing leanings, he thought abortions should be “legal, safe, and rare.” It almost made him seem like a nuanced human being. But nah, he’s just a dude with a laundry list of baseless fears that make him feel like anything other than a draft-dosging transphobe and gun-worshipper.

Check out the video below.