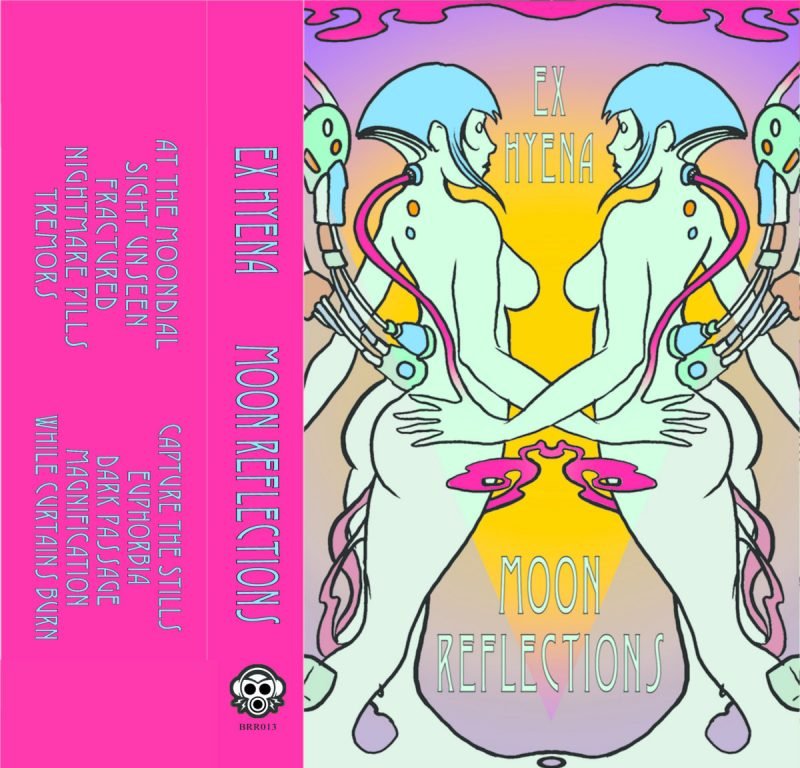 The moon remains a constant companion throughout our lives, but can also act as a psychological portal to other realms. This is the concept behind the ten tracks of Moon Reflections as members Reuben Bettsak and Bo Barringer astral project themselves into new territory bridging the physical into the psychological in this meditation on memories, amnesia, nightmares, Future Noir, and dreams. They escape the matrix of the three-dimensional mortal world, diving inward. The human mind and interpersonal relationships are each complex highways. In order to understand others, or the collective, we must first understand ourselves.

Ex-Hyena experiment with staccato, Hertztones, hip-hop-inspired beats and complex rhythms, bolstering the project deeper into sonic territories that are impossible to label. They crafted a shadowy blend of industrial, disco, and psych-rock with synthpop.

“This futuristic world is created to build imagination sparks, to grasp memories, and to delve into understanding our fragile minds,” says Bettsak. “…Moon Reflections dives into the deep, murky waters of memories, it falls down a void of nightmares,  it experiences extreme loneliness, and it also highlights a few characters via cinematic scenes from the Ex-Hyena future world. And it all meshes together because imagination is a great magnifying glass.”

“The imagery tends to perfectly sync with the music,” adds Barringer. “…as the pieces came together, the whole created this feeling of unease, a feeling of tension.”

“Bo and I are both prolific musicians who really share a musical kinship,” says Bettsak. “The musical vision really came together fast. We figured out our roles in creating the music. I think the first two songs, ‘Shades’, and ‘Fortress Supreme’, really hit on a vibe we wanted to explore more. Ex-Hyena might be the most satisfying project I’ve been a part of. Bo and I have built a musical connection, and the music we are creating comes out so naturally… and it’s so exciting and unpredictable. Being a duo helps, and it also feels like this project has been gaining some really nice momentum.”

Fractured, is out now with a bonus exclusive remix from California duo BlakLight, as is the full album Moon Reflections.