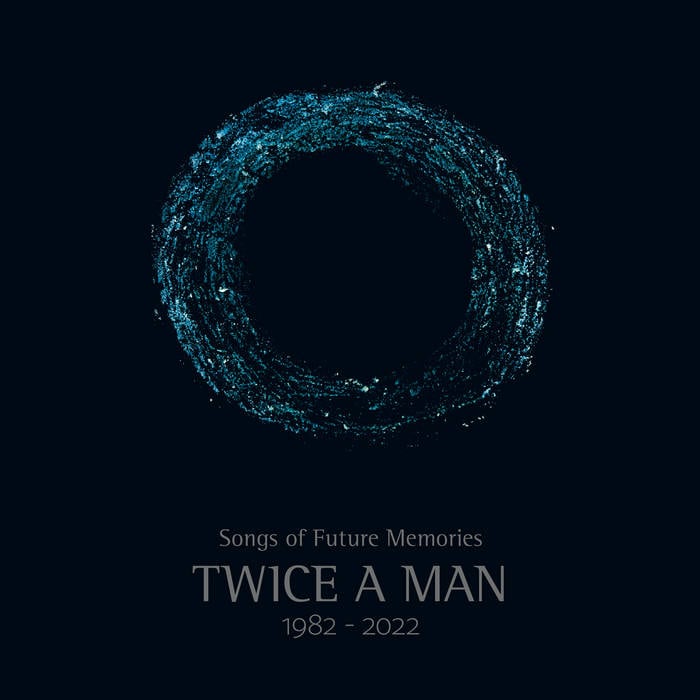 Swedish electronic project Twice a Man have been near and dear to our hearts for many years, first catching our attention on fog-drenched dance floors and DIY compilations circulating amongst friends. Their catalogue, which combines club-centric tracks with experimental synth passages remains both underrated and yet highly celebrated by those in the know. While reissues have come and gone, it’s due time Twice a Man received their fair due, and with that in mind, we’re pleased to report that the band have just announced a much-needed three-disc, 34-song retrospective compilation, titled Songs of Future Memories 1982-2022, due out on January 27th via Dependent Records.

Taking their cue from early Human League and Tangerine Dream releases, Twice a Man began their tenure as Cosmic Overdose, a more synthpunk and experimental outfit that grew from initial members Dan Söderqvist and Karl Gasleben into a full-fledged quintet.  Cosmic Overdose released two full-length albums and a series of singles, stripping back to the initial core duo of Söderqvist and Gasleben and changing their name to Twice a Man after the release of 1981’s 4688. Both environmentalists, Gasleben and Söderqvist would incorporate a world-centric view into their music, using found sounds (including whale calls) and penning lyrics that touch on environmental matters. While their first few records are rooted in darker new wave and minimal synth sounds, the band’s sonic palate would expand to occasionally include ambient passages and eventually, purely instrumental records, with their latest release, the excellent On the Other Side of the Mirror, appearing in 2020. Additional members, including Lars Falk and Caspar Evensen, have come and gone, and at the present moment, Twice a Man exists as a trio, with Dan’s brother Jocke Söderqvist rounding out the lineup.

Songs of Future Memories, which also features a 72-page art book, encapsulates the band’s entire 40 year career, focusing solely on their vocal works. Early moody barn burners such as “Decay,” “Girl,” “Fear,” and “Observations From a Borderline” sit alongside modern classics such as “Modern World” and “High in the Clouds.” Two new tracks round out the compilation, offering a taste of what’s to come as the band pushes into their 41st year.

Check below for the full track listing and album artwork for Songs of Future Memories, and pre-order a copy here.