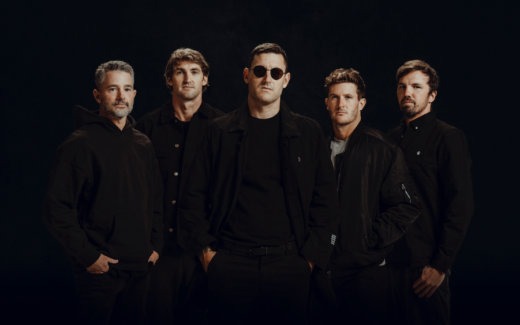 Only a couple of weeks ago, Australian metalcore act Parkway Drive told the world that they were not in fact breaking up, despite having canceled a North American tour in order to focus on mental health issues within the band. Now, Parkway are back with their first new song in four years, and it’s bouncy. Yes, friends, it is quite bouncy indeed.

The track, titled “Glitch,” isn’t necessarily a huge departure for the band, as it’s no more of a bounce-fest than, say, “Prey” off of 2018’s Reverence. However, it should be noted that its tiny sparks of electronic static, its simple guitar leads, and its vocal delivery definitely make it feel like straight-up 2001 nu-metal. More than that, perhaps, is its video, which features frontman Winston McCall in an all-white hospital before he’s transported to a tunnel of teddy bears, both of which feel reminiscent of Korn’s Issues and the Udo Kier-starring video for “Make Me Bad.” Which cover did you guys get? I got the Jhonen Vasquez-lookin’-ass one with all the band as scarecrow-dolls.

Here’s what the band have to say about the song:

“Parkway Drive have always walked the line of balancing the light and the dark, and ‘Glitch’ is no exception. Sonically, we aimed to create a dark, heavy, and unnerving journey while still crafting a melody that burrows its way into your mind. Lyrically, the song deals with the phenomenon of night terrors and sleep paralysis. We all know the power our minds possess, but true terror manifests when your mind and all its fears takes physical control of your body. The glitch in your brain, where nightmares and reality cross.”

Check out “Glitch” below. Whether or not this song heralds the coming of a new Parkway album, or whether or not it’s just a standalone single, well, guess we’ll have to wait and see.