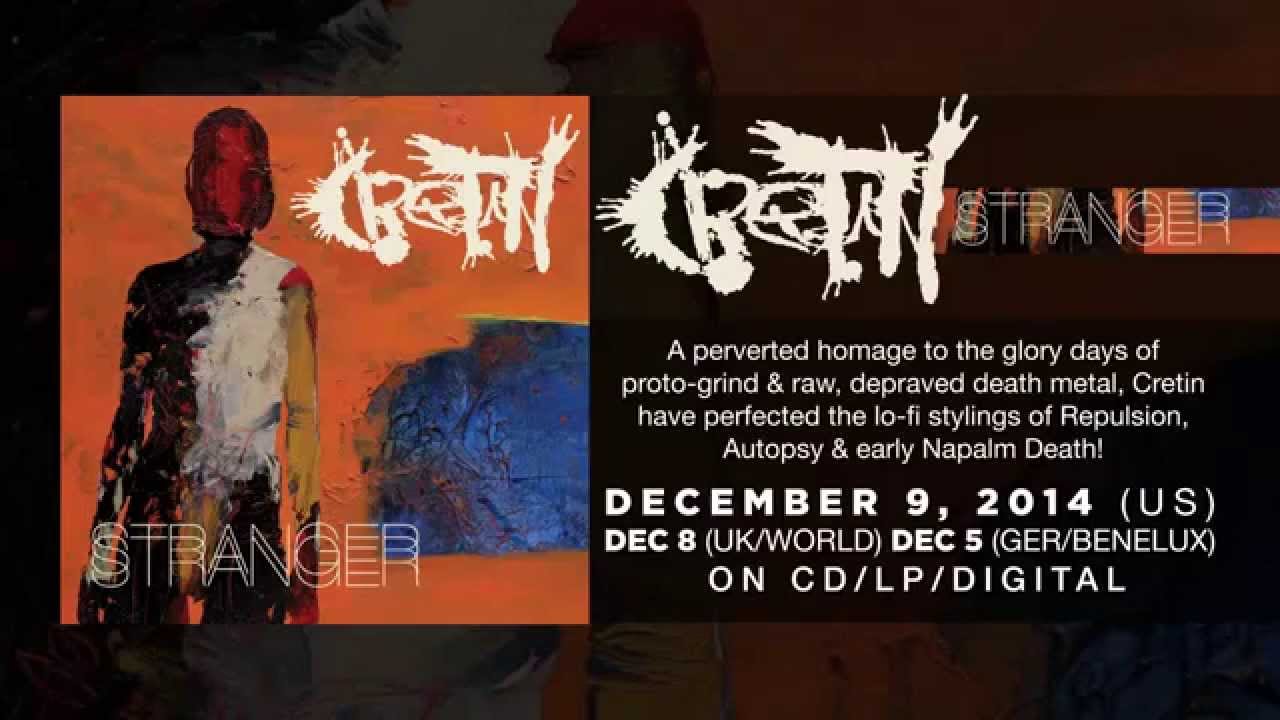 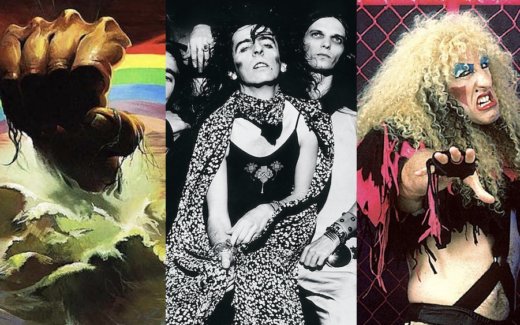 The following editorial is solely the opinion of MetalSucks writer and editor Chris Krovatin, AKA Emperor Rhombus. It reflects his views and his views alone.

The other day, after a band described their vocalist as their “frontperson” in a press release, I decided to poll our readers on how they felt about the use of gendered terms like “frontman” and “frontwoman.” The possible responses were, It doesn’t bother me, I prefer frontperson, and, Just say vocalist. We got a decent number of responses, and a whole lot of people saying, Don’t care – but we also received several angry and frustrated comments from people who claimed this was an affront to their values. An attack on gender as we know it. Some kind of woke agenda of confusion, to chip away at our collective consciousness and gaslight us into thinking up is down.

But if you’re defensive and protective of gender roles in heavy metal music, I’d say you’ve been living with blinders on. Metal has always questioned the traditional values applied to our society by governments, religious organizations, and cultural puritans, and gender has always been chief among them. If you’ve ignored that, or refused to acknowledge that, then you’ve been missing the point. And, honestly, it’s pretty fucking embarrassing.

Before I begin, let me put it out there: I’m going to talk about how some musicians dress and look, and how that relates to heavy metal’s historical understanding of gender. This is obviously very different from someone questioning the gender they were assigned at birth or transitioning to another, which is an experience that I as a cis male have not had. However, I’m using these examples to illustrate how metal has always been about bending and redefining gender as a social construct, and to argue that becoming angry or upset when that translates into real life is some dumbass bullshit. Simply put, I’m not trying to devalue trans experiences here, only to spotlight how attempts to keep them out of metal involve a whole lotta mental gymnastics and willful ignorance.

The obvious examples of how metal has bucked typical gender definitions would be ‘80s hair metal and ‘90s nu-metal. The former included men wearing glamorous make-up, midriff-revealing tank tops, and shitloads of Barbie pink. The latter was created by a generation of fans who weren’t your typical rock bro, and had been the brunt of enough toxic masculinity and homophobia growing up that they began to see traditional gender roles as part of the problem. And while both of these genres are now embraced by widespread audiences, many with traditional values, their rebellion stemmed from a desire to make everyday prudes and puritans feel uncomfortable. Does it bum you out to see these men behaving in ways that you consider feminine? Good, fuck you.

But let’s go back even further. Let’s look at the ‘60s and ‘70s, when having long hair alone was a dismissal of traditional gender roles. Let’s look at Dio during his early years, when he rocked the billowing costume shirts and untamed locks that one might see on a princess gracing the cover of a romance novel. Let’s look at Alice Cooper, taking the stage in tattered fishnets long before his top hat and tails. The very foundation of heavy metal was built by artists casting off the traditional understandings of what it meant to be male or female.

Interestingly enough, toying with gendered fashion doesn’t seem to bother metal fans when women do it. When Jo Bench of Bolt Thrower or Simone Pluijmers of Cerebral Bore dressed in jeans and T-shirts like any death metal dudes, it didn’t cause widespread panic (though we’re sure both of these artists have received tons of bullshit commentary about their appearances in the past). It seems that when it comes to how gender identities are presented, the issue is that men are pissed about masculinity being dismissed or overthrown. This probably isn’t very surprising, but it’s a point worth noting.

So why, in 2022, are so many metal fans still pissed about this? Why do dudes who happily refer to musicians by names like Quorthon or Nergal get incensed when asked to use terms like frontperson? Well, maybe because they’ve always had a safety net for their comfort zones in the past. Even if Dio or the dudes in Poison were dressed in “girly” outfits, it was understood they were real men underneath; with glam metal acts, their songs were also aggressively hetero. To have the gender spectrum become a part of their real lives, to apply emotions and humanity to the breakdown of traditional gender norms, freaks these listeners out a little. So they do what metalheads so often do: lash out at it and turn it into a big fucking deal. The discomfort that comes with having to embrace new ideas takes the boogeyman role of a “woke mob” coming to take them away.

And, at least in my opinion, that shit’s pathetic. Acting like the world is ending because someone asks you to learn new pronouns shows that this was never about freedom or creativity for you, it was always about your horseshit over anyone else’s. And in this context, it’s not only garish, but also antithetical to what metal stands for. You support music that’s louder, crazier, and more extreme than anything else out there, and then…defend traditional societal values? Protect the way your grandparents thought? Fight a fictional army of hipsters who don’t exist outside an app you refuse to delete? Gimme a fucking break.

For the record, I was not immune to this when I was a young idiot. When I got to college, I was taught gender-neutral pronouns, and immediately thought I was charming and rakish for refusing to use them . I was a fucking iconoclast. And then I actually met trans people, and became friends with them. And I had the most crucial thought anyone can have: Man, what the fuck do I know? I came to realize that making my stance more important than someone else’s entire fucking life was selfish, silly, and small. Why not use the name and pronouns someone asks of you? Why not validate their existence? What if someone told me, every day, that I was mentally ill or wrong or a threat to society for just being who I was?

I believe that heavy metal has no political party. It’s pretty apparent that there are reactionary assholes and ineffectual shmucks on both the left and the right of the political spectrum. But we often lose sight of human issues when we mentally label them as ‘politics,’ and gender feels like a pretty obvious example of that. On one side is a body of people shouting heavy metal’s original mission statement: I’m here, and I’m sick of being quiet about it. This is my world. When you cut me, my blood is as red as yours. And on the other side is a body of people saying, Nah, that’s not how I learned it. You’re crazy. The group of people screaming their truth will always represent heavy metal at its best. And the people harrumphing about that will always be a fuckin’ joke.