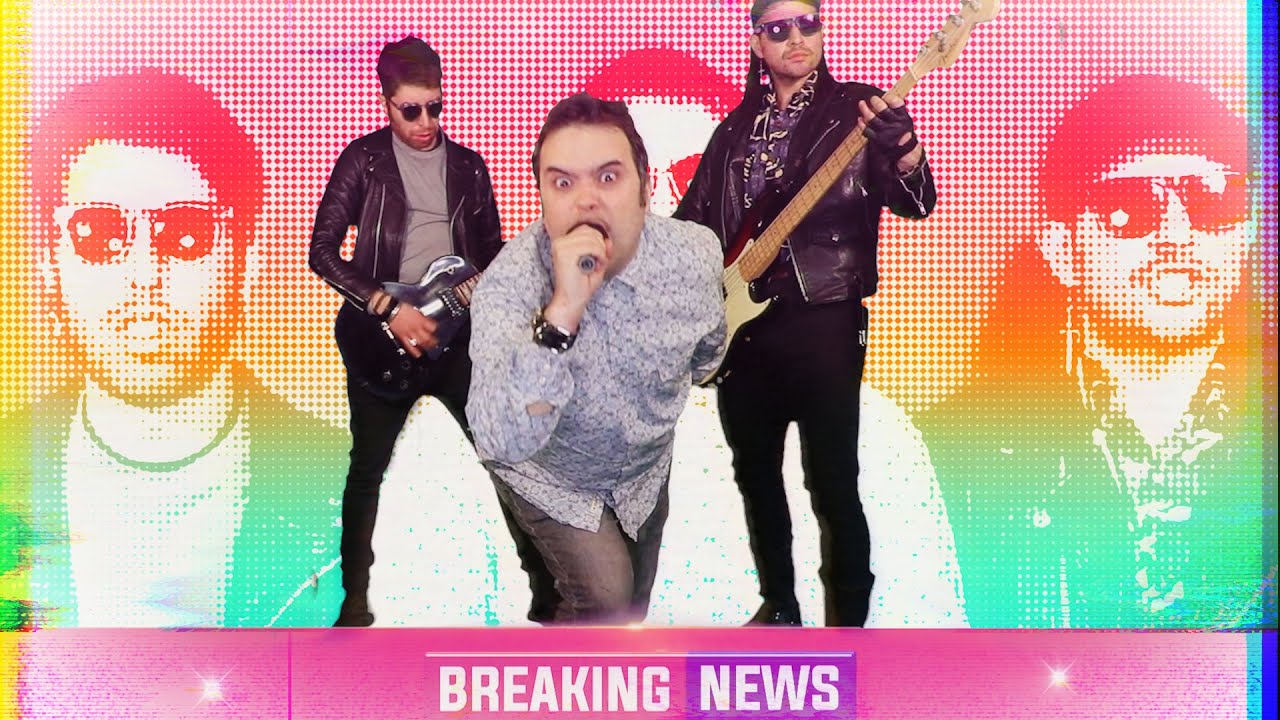 The Montreal-based band, Perestroika, gets right to the point. With their new music video for the song, “Distraction,” the band–consisting of members Shravan Deolalikar, Taylor Hoodlum (of Mickey Dagger), and Gustavo Rodriguez—revel in an early 1980s post-punk energy.

Akin to Killing Joke’s tough singalongs (think “Wardance” or “Pssyche”) or the danceability of Gang of Four, Perestroika combines their love of post-punk, new wave, synth-pop and italo music into their latest mini-LP, Monolith. The album, which was recorded during the pandemic, came out in December of 2021 and is tinged in darkness and, influenced by the work of Kino or Musta Paarati, Perestroika creates a Moroder-tinged world they deem the “New Dark Wave.”

“Distraction”‘s music video is a jumble of acidic colors and quick cuts that reflect the song’s subject matter. News trucks, airplanes, and television studios become the settings for the fast-pace and over-stimulation of its visuals that are clearly a commentary on today’s society.

Catchy in its beat but forceful with its approach, “Distraction” is a raucous ride. Watch the video below: