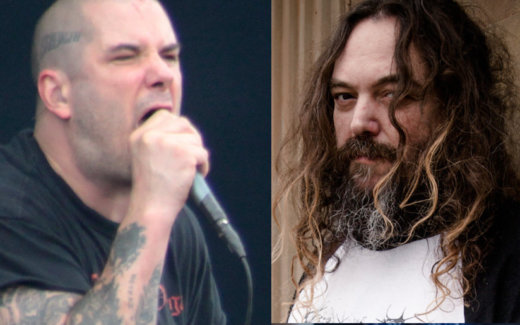 In a recent interview, Sepultura and Soulfly frontman Max Cavalera weighed in on the Pantera reunion, sharing his opinion on who he thinks should play guitar and drum in place of the deceased Abbott brothers, Dimebag Darrell and Vinnie Paul.

“I would go with Chris [Ulsh] from Power Trip; that would be my drum choice. And then on guitar, man, even Gary Holt would have been cool. He played with Slayer and Exodus and is part of the era. To me, that would be the two that I would think would fit in pretty cool.”

Speaking on the Talk Toomey podcast, Cavalera addressed many fans’ sentiment that the upcoming Pantera tour—which is confirmed to feature Ozzy Osbourne/Black Label Society guitarist Zakk Wylde and Anthrax drummer Charlie Benante— is a money grab or cash in after the Abbot brothers’ deaths in 2004 and 2018.

Cavalera acknowledged that he and his brother Igor have been doing a similar thing by touring classic Sepultura records without every member of the band from that era.

“You kind of can say similar things about our stuff because it’s not all the four original guys, but it’s as close as you get to that, and it’s done really well.

He went on to explain that he thinks a new generation of metal fans who did not see Pantera will be excited for the upcoming tour.

“This new generation, they embrace that stuff. So this music doesn’t get outdated. It’s not like some stuff that with time just kind of fades out; it’s out of fashion. It doesn’t happen with this music. So I think all of those records are like that. And, of course, Pantera is the same vein with Far Beyond Driven, Cowboys From Hell — those are some great fucking records, man. People want to hear it. I think it’s cool. It should be fun.”

Whether or not you agree that Wylde and Benante are the right men for the job, it seems that all systems are go for “Pantera” 2023.

The post Here’s Who Max Cavalera Thinks Should Fill Out The Pantera “Reunion” Tour appeared first on MetalSucks.