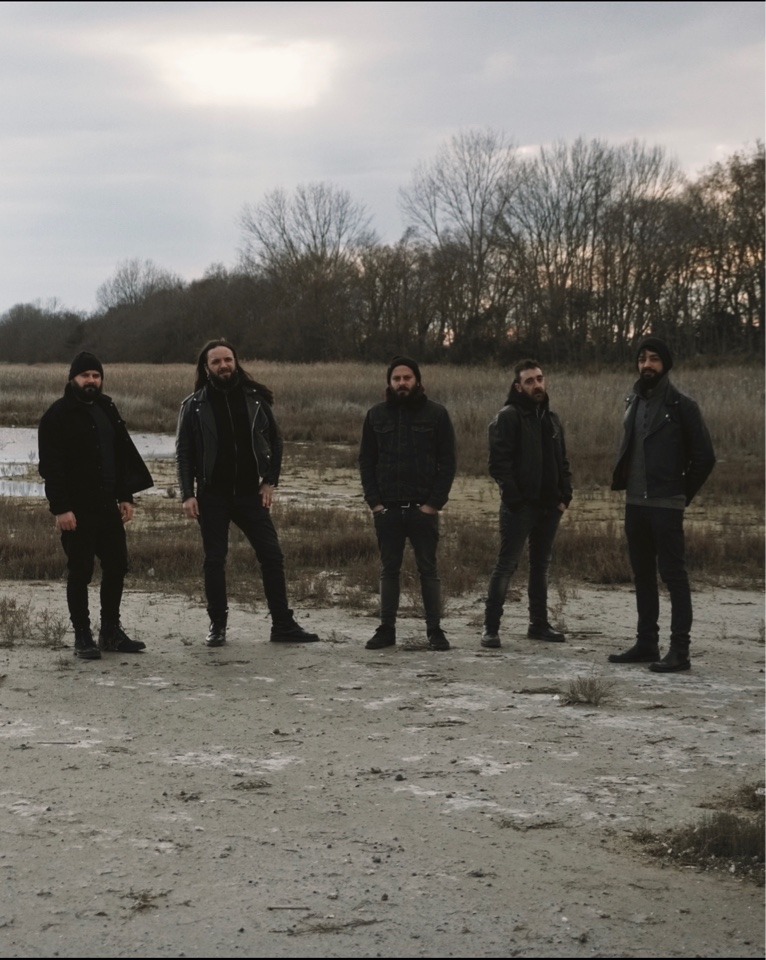 “We are such stuff / As dreams are made on, and our little life / Is rounded with a sleep.” (W.Shakespeare, The Tempest).

Italian neo-psych experimental outfit Karma Voyage takes us on a mystical journey with their beautiful new single and video, “Shine”. The Venice band’s expansive shoegaze sound, nestled in that psychedelic sonic sphere akin to Skying-era Horrors, The Maccabees, and Deerhunter, sets the scene for the liminal space of a nighttime woodland.

In the video clip, directed by Luca Castellaro and Giuseppe Brunetti, a Titian-haired woman calls upon the spirits with various ritualistic objects: a mirror, a mask, a book, some candles. The band joins her, as if opening a portal through the power of sound. (Perhaps the spirits are coming through on that lovely antique radio!) There is a bittersweet feeling to the song, a heart-wrenching tension between hope and resignation as we wonder, what role does ritual play in our lives? Is it a means of control, or of surrender? Castellaro’s vocals emote these feelings in his powerful baritone.

“This is an apt metaphor for…the antinomy between light and darkness, and questioning the concept of reality as we see it,” the band explains, further stating that the yin/yang is their leading motif for their debut album Lights in Forgotten Places, out January 27th, 2023 by Icy Cold (France) and Shyrec (Italy).

Lights in Forgotten Places is an emotional passage, the band says, allowing the listener the freedom to explore their own visions through the alchemy of guitar crescendo.

The post Dreampop Outfit Karma Voyage Performs a Nighttime Ritual in a Forest in their Video for “Shine” appeared first on Post-Punk.com.