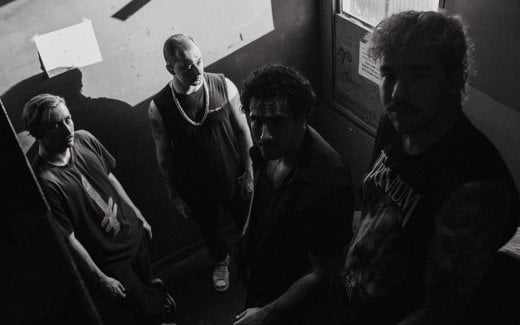 The end of the road has come for Las Vegas-based metalcore band Distinguisher, despite the fact that they were expected to head out on the Lotus Tour with Within Destruction from January 26 to February 8.

News of the act’s disbandment came through a press statement that cites “recent events within our camp” as a reason for the split. There’s no information as to exactly what that means, but the result of those events are crystal clear — Distinguisher is no more.

“Due to some recent events within our camp, multiple members of Distinguisher have made the decision to step down from the band, and with that, we have collectively agreed to move forward and put the band to rest for now.

“Distinguisher was everything to us, and stands for so much more than just music. It was an outlet, an opportunity, an escape, a platform, a safe place, and so much more for everyone involved. We had no idea it would even get this far, and we couldn’t have done it without every single one of you. We hope Distinguisher lives forever through our music and who we are as individuals from now until the end of time, because ultimately, that’s all any of us ever wanted.

“As this comes as a shock to many including us, all we can ask for is your trust, privacy, and understanding while we all deal with this as best as were able to. From the bottom of our hearts, thank you for everything.”

As of the moment this post went live, there’s no information about what will happen now that there’s a vacancy on the Within Destruction tour. Once an announcement is made on that front, we’ll be sure to run it.