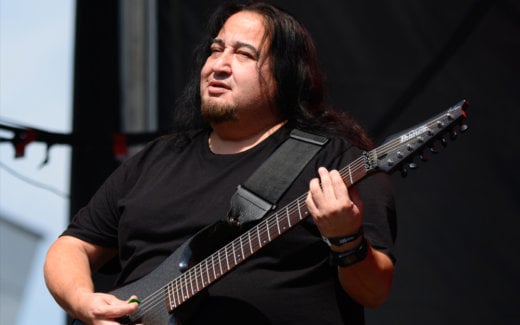 If you’ve been hoping to meet the Fear Factory dudes at one of their upcoming tour dates, you might as well put those lofty ambitions to bed, as that shit just ain’t happening. Even though most tours these days offer a higher priced ticket that comes with some VIP perks and a chance the meet the band, the “Rise of the Machine” tour with Static-X, Mushroomhead, and Dope won’t include any face time with Dino Cazares and the other guys.

We know this because social media butterfly and Fear Factory guitarist said as much on his Twitter page earlier today. And while it may sound at first blush like the band will sequester themselves into their bus as soon as their set is over, Cazares said that’s not going to be the case.

“If anyone bought VIP tix for the upcoming ‘Rise Of The Machine’ tour thinking they are for a FF meet n greet we never put any up for sale. I will be at the merch table every night for autograph/photos with the purchase of FF merch. Ixt’s a much more affordable way to meet me.”

The tour in question features a VIP package to meet Static-X, with prices set at $75 for the base package, though attendees can spend even more for a package that includes a stage-played guitar.

The post Fear Factory Won’t Charge to Meet or Greet Fans After “Rise of the Machine” Tour Dates appeared first on MetalSucks.