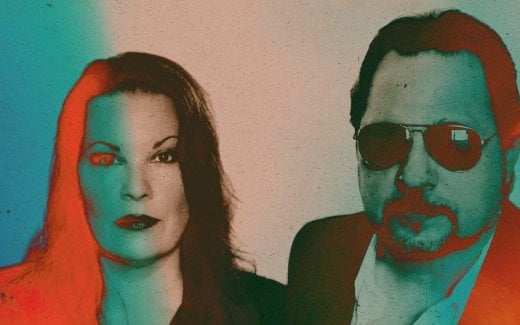 You may or may not remember this, but just before the holidays ex-Slayer and current Testament/Dead Cross/Mr. Bungle drummer Dave Lombardo posted a song he recorded with his wife Paula. It was a sultry, sexy little holiday tune that at the time seemed like a one-off thing, but isn’t the case. Earlier today, it was announced that the two lovebirds had signed on with Three One G Records as the new act, Venamoris.

According to Lombardo, the idea to start a musical project with his wife came after he learned of her previous career as a backup singer for Wayne Newton. After hearing some demos she’d recorded, he began pushing the idea that they should explore her creative side.

“Several months after meeting Paula in 2010, she hesitantly shared with me her past decade-long career as the lead backup singer for Wayne Newton. She later played me some of the demos she recorded throughout the years, and I was floored by her sonically soothing, rich tone and natural, instinctive ability to harmonize. I was determined to persuade her to return to her creative self. It’s been a deeply gratifying journey witnessing this music come to life.

In their new project, Paula sings and plays piano while Dave Lombardo handles drums and production.

The post Dave Lombardo and His Wife Paula Have Started a New Project Called Venamoris appeared first on MetalSucks.