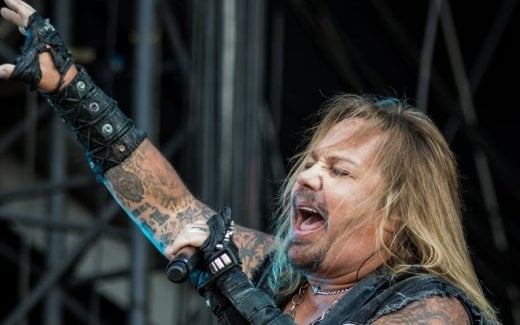 We may all be able to attend concerts again, but that doesn’t mean the COVID-19 pandemic is over. Having already caused countless concert cancellations in recent years, you can add at least one more to the list as Mötley Crüe frontman Vince Neil announced that he’s been diagnosed with the disease and is forced to cancel his solo set for the upcoming RokIsland Fest.

Neil announced his show’s cancellation earlier today, taking to social media to address his diagnosis and the unfortunate fact that he won’t be able to play.

“Hello RokIsland Friends, I am sad to report that yesterday I was diagnosed with Covid. I am okay but this thing is really kickin’ my ass. All that being said, I am unable to perform at RokIsland Fest next week.

“I would like to extend my sincerest apologies to the RokIsland Fest organizers and most of all my friends and fans. I am disappointed to say the least. I was so looking forward to this show. I am hopeful that I will have the opportunity to make this up in 2024.

“In closing, I wish all the attendees of RokIsland Fest 2023 a fun and exciting time with all the other amazing acts.”

Along with Vince Neil, Norwegian glam metal band Wig Wam were also pulled from the festival. To fill those vacancies, Slaughter and Lynch Mob will play during those time slots.