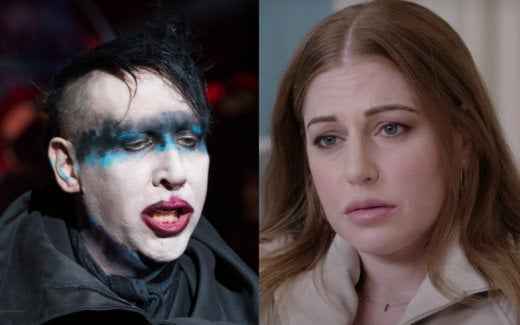 Ashley Morgan Smithline’s case against shock rocker Marilyn Manson was recently dismissed by a California district judge after she failed to find new representation or decide to represent herself before a December 5 deadline.

According to officials, Smithline was tasked with finding new representation in the case after her former lawyer Jay D. Ellwanger withdrew himself from the case back in October. At the time, Judge Fernando L. Aenlle-Rocha gave the model a 90-day grace period for her to find a new attorney or opt to represent herself. Yet the December 5 deadline came and went without any movement on Smithline’s part, so the judge dismissed the case without prejudice late yesterday.

The fact that it was dismissed “without prejudice” means she can still refile her previous claims down the line if she wants to.

Following the dismissal, Manson’s attorney Howard King wrote that he and his client were happy with the outcome and commended Smithline for not pursuing any further legal action.

“We thank and commend Ashley Smithline for dismissing her claims against Brian Warner without seeking or receiving anything in return. Ms. Smithline has refused to be manipulated by others who are trying to pursue their own agendas against Mr. Warner. We wish her well and will continue to work to assure that a significant price will be paid by those who have tried to abuse our legal system.”

Leading up to the case’s dismissal, Manson’s legal team pointed to a series of strange messages between Smithline and Ellwanger that they believe suggested the model was being “manipulated into fabricating lies” about Manson. According to official court documents, the messages suggested that Smithline’s attorney lied about her whereabouts in a bid to delay a deposition, as well as the potential bombshell that she’d fired Ellwanger back in April of last year, even though he continued communicating with Manson’s legal team after that.

Ellwanger also represents other Marilyn Manson accuser Esmé Bianco, who also accused Manson of sexual assault and sexual battery. Another case against Manson was thrown out due to the fact that the alleged incidents happened beyond California’s two-year statute of limitations.