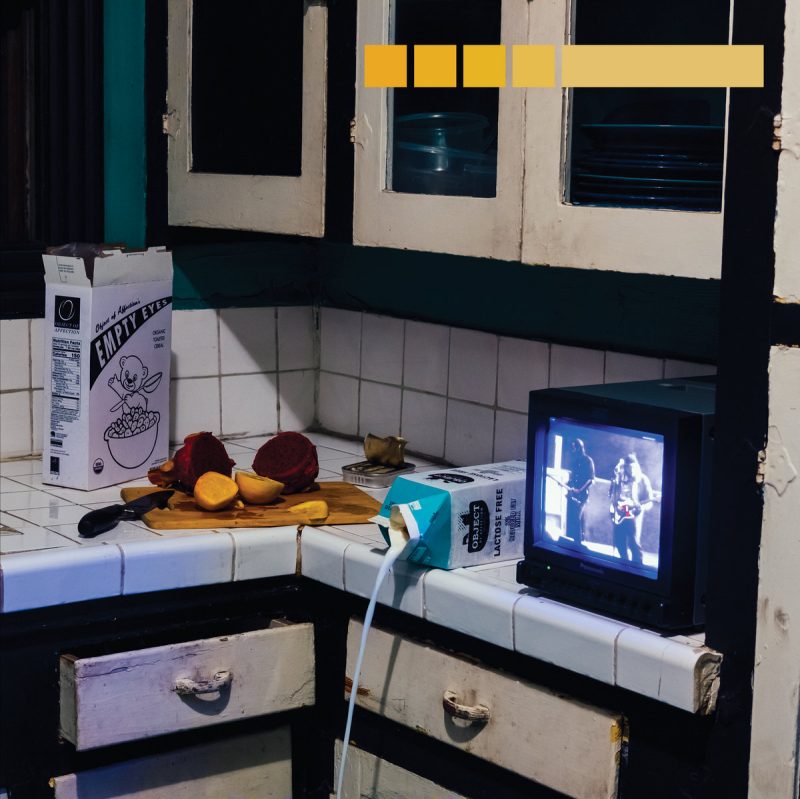 Los Angeles band Object of Affection announce the release of a hypnotic new single and accompanying video, “Half Life”, off their forthcoming album Field of Appearances via Profound Lore.  Comprised of guitarist Madison Woodward (Fury, Lock), guitarist Remy Veselis (Death Bells), vocalist Colin Knight, bassist Garrett La Bonte (La Bonte), and drummer Nick Nadel, Object of Affection taps into the primitivism of the members’ other projects, all the while elevating their capacity for sophisticated atmosphere and melody. “Half Life” is no exception: this track taps into that forlorn, fatalist austerity of the Reagan era, yet brings in elements of doom and gloom post-punk and Creation Records era alternative rock and shoegaze. We also hear elements of Interpol, The Walkmen, and My Bloody Valentine in their sound.

The video for “Half Life”, directed by Miwah Lee and Tanner McCardle, is an enigmatic journey for a lonely figure traversing the subway, intercut with moments of bleak isolation and rotting clutter. It can be viewed as a metaphor for the bruised, confused psyche of the collective in a post-pandemic world, as we each struggle to reclaim our routes, destinations, and identities. Sometimes the trains simply zip past; sometimes we must seemingly wait an eon or two for the next opportunity to find us. In the end, all we have to rely on is our own selves.

Half Life’s theme revolves around the passage of time and those aching effects of hopelessness. Although forlorn, the band refuses to be fatalist in their message, however: there is a sliver of optimism to cling to, however mercurial it may appear…or however many trains pass us by in the interim.

Object of Affection recruited Grammy-nominated producer Alex Newport (Bloc Party, At The Drive-In) and engineer Phillip Odom for Field of Appearances. The inclusion of drum machines, synthesizers, acoustic guitars, and auxiliary percussion highlight the group’s willingness to step out of their comfort zones and experiment as they explore themes of reflection, insufficiency, and déjà vu. Bre Morell (Temple of Angels, Crushed) Brittney Beppu also make appearances on the album.

Object of Affection have shared the stage with Ceremony, Fiddlehead, Gulch, These Arms Are Snakes, and Special Interest. They will soon be playing live this month with Dazy and Alien Boy. Catch them onstage:

The post A Gloomy Transit between Hope and Melancholy in Object of Affection’s Video for “Half Life” appeared first on Post-Punk.com.