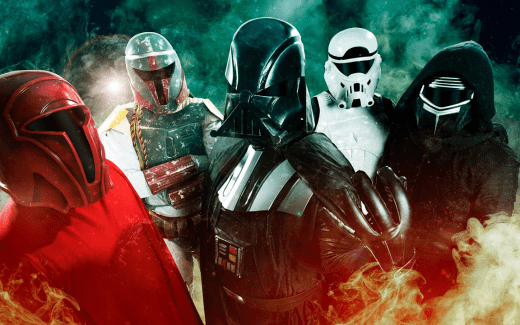 Let’s just get this out of the way: Star Wars isn’t what it used to be, but sometimes the mouse has gotten it right in recent years. One shining beacon of that is the animated show that’s not just for kids, I swear, Star Wars: The Bad Batch.

While the story of a buncha clones fighting against their conditioning to fuck up a fascist regime is great enough on its own, it also helps that the show’s got a pretty cool introductory theme song. Thankfully, Star Wars isn’t a new concept in metal and the metal band themed after the series’ bad guys, Galactic Empire, put out a sick metal version for us metalheads of the nerd persuasion to jam out to.