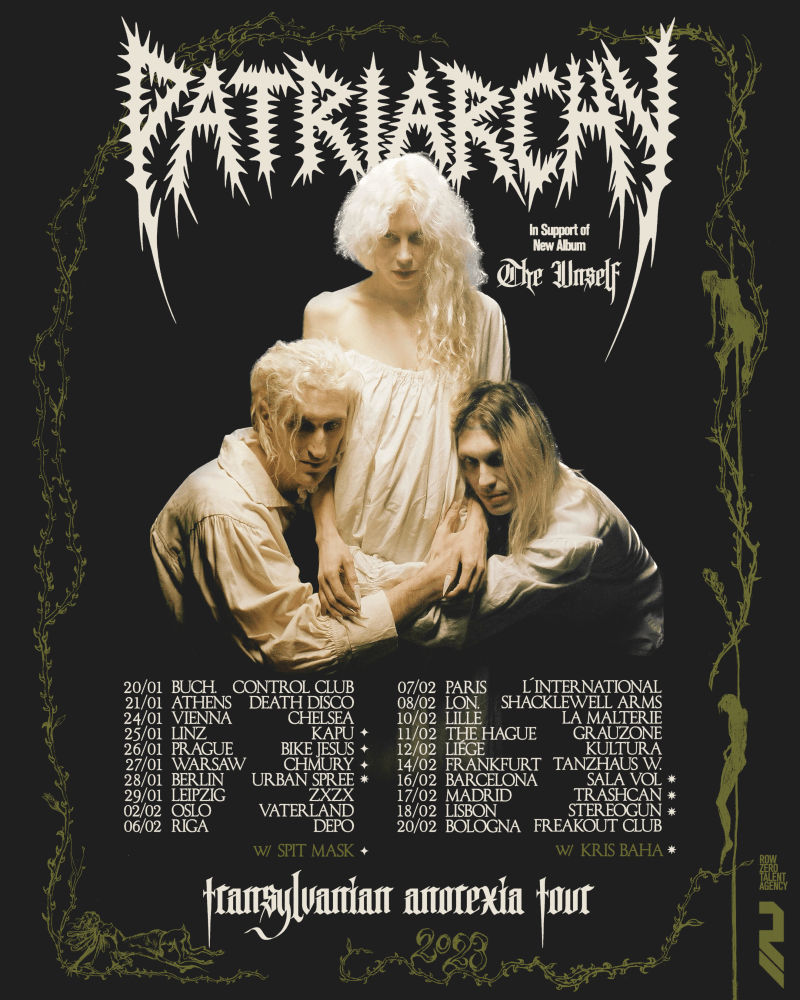 Los Angeles’ genre-defying underground music act Patriarchy is taking their infamous onstage phantasmagoria to Europe: The Transylvanian Anorexia Tour, supporting their new album The Unself, is sure to be an unforgettable and theatrical spectacle of dark pop and metal.

The excitement kicks off at Control Club in Buch, Germany, on the 20th of January. From there, they’ll make their way to nineteen more cities, including an appearance at Grauzone Festival. Stops include Athens, Vienna, Prague, Leipzig, Paris, Amsterdam, Paris, Lisbon, Madrid, and more…culminating in an appearance at the Freakout Club in Bologna, Italy, on the 19th of February.

The gig at Grauzone Festival is part of a Fleisch Records showcase curated by Zanias of Linea Aspera. Previously Zanias, alongside Kontravoid, remixed the track “Suffer” off of The Unself.

Need a moment to collect yourselves? Watch this clip for their debaucherous track “Good Boy” for a taste of the thrills to come.

Meanwhile, The Unself is out now. Order Here.