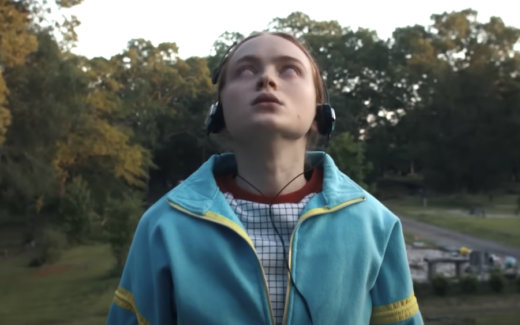 For those of you who haven’t watched it, or haven’t been on the Internet in the past year, the new season of Stranger Things includes a scene in which the character Max (played by Sadie Sink) is rescued from the dimension known as the Upside Down, and its frightening overlord Vecna, by having Kate Bush’s “Running Up That Hill” played for her.

Now, Spotify is offering a service that creates your own ‘Upside Down Playlist,’ which contains the songs that’ll pull you out of an evil dimension.

As reported by Bloody Disgusting, what you gotta do is log into Spotify, search for ‘Upside Down Playlist,’ and then go see which songs will apparently connect so powerfully with your soul that they’ll pull you out of the darkness on the other side of this world.

How does it work? Here’s how Spotify put it:

“The Upside Down Playlist takes some of your favorite songs and mixes them with a handful of Stranger Things classics to create a vibe strong enough to ward off Hawkins’ most fearsome foe.”

Check out MetalSucks’ Upside Down Playlist below:

The post Spotify Will Create Your <em>Stranger Things</em> ‘Upside Down Playlist’ to Find Songs That’ll Save You From Vecna appeared first on MetalSucks.