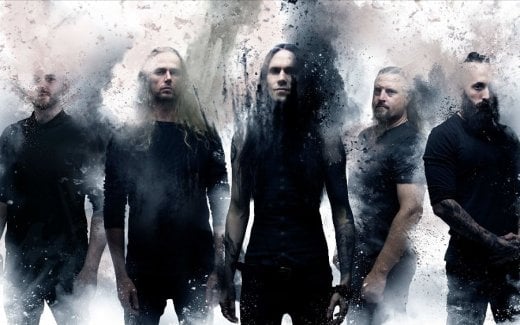 Progressive metal outfit Ne Obliviscaris dropped what they’re calling an “emotionally charged single and music video” earlier today with the release of “Graal.” Set for release as part of their forthcoming album Exul, due on March 24 via Seasons of Mist, the band says the song is about the “inner journey and struggle to understand our individual worth.”

Rather than offer some boiler plate comment about the song and how it fits in the album, violinist/clean vocalist Tim Charles submitted the following poem that was apparently inspired by “Graal” and its video:

Lost, he lies…
His failing body beaten down by the totality of existence,
The strength to rise, To persevere, To overcome,
Gone.

His inner world torments him with the weight of every moment passed by, but not yet forgotten.

And yet
He is found
He is lifted

This is the band’s second single off their upcoming album, with “Equus” coming out last month via Seasons of Mist. The band will also be on tour with Beyond Creation and Persefone. Be sure to check out the dates below to see if they’re hitting a venue near you.