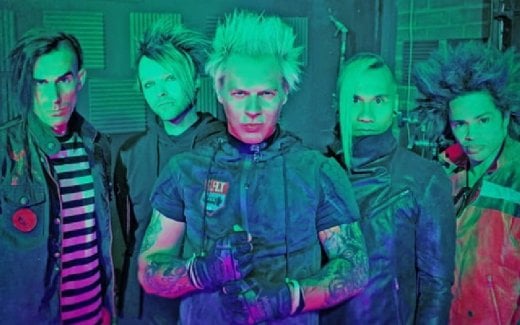 Looking back, Powerman 5000 is definitely a relic of its time in the late 90s/early aughts, but they’ve still got some bangers. With an upcoming Australia tour next year and the 21st anniversary of their breakout album Tonight The Stars Revolt!, Rob Zombie’s brother and PM5K frontman Spider One said the band is ready to put new music out.

During an interview with Australia’s Metal-Roos, transcribed by Blabbermouth, Mr. One said the band’s follow up to 2020’s The Noble Rot is currently in the works.

“Yeah. We’re in the middle of it now. I’ve got a bunch of songs written and sort of demoed out, I suppose you’d say. So the goal is to have that done quickly. That’ll be priority once we get back from [our tour of] Australia [in January]. ‘Cause we don’t go back on the road until March. So probably in that window of February, [we’ll] try to maybe get everything mixed and finished to have it released some time in 2023.”

With new music in the works and an upcoming tour, Spider One reflected on the band’s previous output, 2020’s The Noble Rot, saying that album got the shaft because of COVID.

“We didn’t do anything. Like everybody else, we were stuck home and didn’t get to play for almost two years, or about two years. So it was strange. But it’s interesting. I don’t know. There used to be a time when there were these things called album cycles — you put an album out; you tour on that album for a year or whatever; and you release the singles. And there was sort of this standard way you did business. I feel like those days, at least for us, are over. I’ll find Spotify activity will go up when we’re doing nothing sometimes, or it’ll go down when a new record [has come out]. There seems to be no real logic to the way things function anymore. So the inactivity didn’t really hurt us, I don’t think, in any way. Maybe it even helped us a bit. There were a lot of bands that were trying to do stuff and maybe went out a bit too early and their tours didn’t do well. We really waited it out until we felt like people were comfortable with going out again. And ever since, everything’s been just super successful. So it worked out fine. But, yeah, the record was sort of… I think everybody kind of feels like they had a lot album in those couple of years.”

Be sure to check out the dates below if you’ll find yourself in the former British penal colony next month.

The post Looks Like We’ll Have New Music to Hum on the Toilet, as Powerman 5000 is Working on a New Album appeared first on MetalSucks.