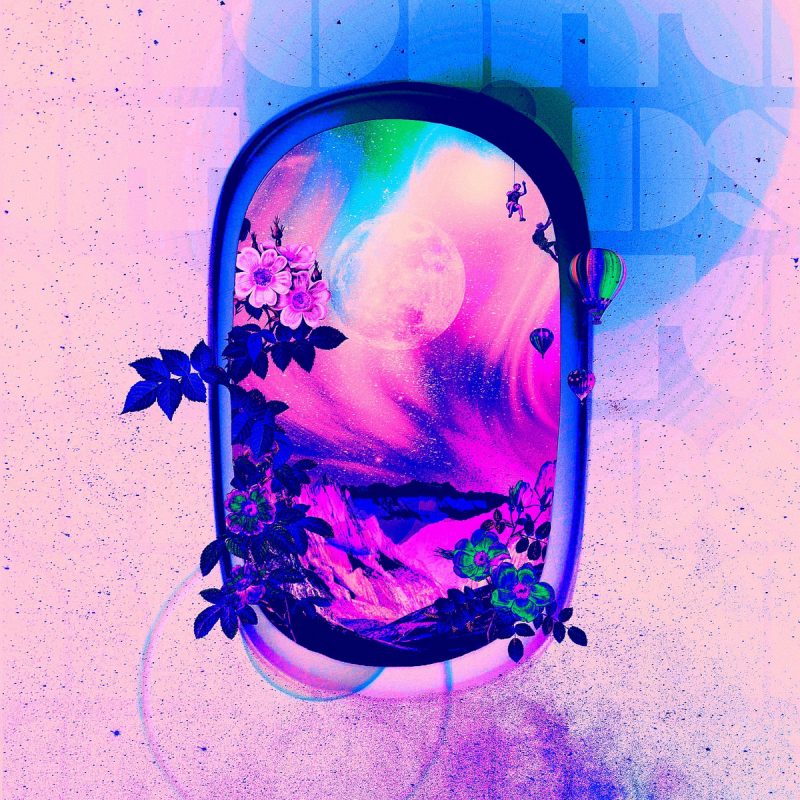 Kansas City sextet Monta At Odds is a band that transcends genres, and their recent full-length album Peak of Eternal Light was an exemplar foray into a diverse array of sound over the 20 years since being formed by brothers Dedric and Delaney Moore, who have been stalwarts in guiding the band as they have over numerous collaborations and experimentations.

Pushing the boundaries of musical conventions their experimental aural palette of post-punk and synth-laden grooves, the transcendent LP Peak of Eternal Light, highlights a band that has expanded into a de facto art collective, taking cues from Italian cinema, the avant-garde, and psychedelic disco-funk.

Now, the band has released a stellar companion LP of remixes and rarities to go along with the album, with the first single previously unveiled for the collection being a fantastic interpretation of Manchester sonic pioneers New Order’s “The Perfect Kiss”, a song from that band’s critically acclaimed album Low-Life. The buoyant cover led by the vocals of Mikal Shapiro showcases just why the New Order album Low-Life, and that song, are the perfect analog for their creative ethos.

The idea for the cover was birthed at the band’s annual New Order tribute show, and they enjoyed playing live so much, that they decided to translate that energy into a studio version of the track.

While the New Order cover serves as a midpoint in the track listing of the collection, it begins with two versions of “When Stars Grow”. The Mensa Deathsquad chops up the song, and gives it his gritty synth touch, transmuting the song into a fuzzy electro-clash reverie. In contrast, the original single mix is a moody dark disco gem in itself, sounding like an entirely different song from the more bombastic remix.

The Republic Tigers’ rework of “When I’m Gone” is a whirl of dreamy transcendent synthpop, starting out moody and atmospheric then while giving way to a wistful dancefloor fever-dream.

“New Dimensions” expands into a ten-minute trek of melodic dark synth with krautrock accents, taking a song that is an anachronistic fusion of sounds culled over the past 40 years, and launching it into a cosmic disco stratosphere.

The Transglobal Mix of “Hands Trace the Miles”, is a frenetic narrative journey into a sci-fi future with ethereal vocals leading humanity beyond the confines of earth, while hypnotic synth beats transcend the boundaries of the body with its danceable groove. And the Full Journey Mix, blissfully jams out the rhythms into an 8-minute ethereal-disco trance.

On putting together this digital collection, Monta at Odds wanted to match the original’s vinyl runtime, as they explain:

“When you press vinyl you have to make decisions on how to fit it all under 45 minutes. Some songs shrink or get dropped or morphed by remix. Peak of Eternal Light was crafted for vinyl and we thought it would be insightful to experience some of the songs in their alternate lifeforms on Peaked.”

Listen to Peaked – Alternate Takes and Remixes below:

Peaked – Alternate Takes and Remixes is out now.