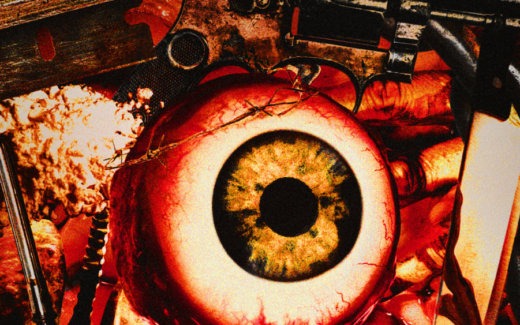 Some bands, you need a little time to get into. Their unique niche of heavy music has a lot of weird little crannies and outcroppings, and with every listen your mind navigates that space somewhat better. Not Phoenix’s Skin Ticket, though, no, sir. These guys grab you and body-slam you from the minute you turn them on. And given the weapons that Skin Ticket are armed with, and the enthusiasm with which they blast them back at the world, we wouldn’t be surprised if audiences around the country began showing off their bruises from this sonic tackling with a sense of pride and excitement.

Skin Ticket’s take on metal is an interesting distillation of influences. There’s a ton of fuzz and feedback here, and lot of genuine bile in the band’s thick, chugg-along pace — but there isn’t that moldy death metal foundation, or that bouncing nu-metal backbone, that so many modern bands are trying to use. This is more like a sick gore band built on a scaffolding of Hatebreed. The brolic hardcore vibe is definitely at the core of what Skin Ticket are doing, but they manage to let it fester into something a little sweatier and uglier than that genre usually allows itself to be, what with all its Old-English-font gangster-and-honor bullshit.

As of now, Skin Ticket only have two albums out, 2019’s Pure Fucking Chaos, which definitely sounds more death metal- and noise-influenced, and last year’s Homicidal Ideations, which is where their muscular approach really takes shape. Check ’em both out, because both are probably really fucking cool to see live, and you’ll want to be ready.

Listen to Homicidal Ideations below: