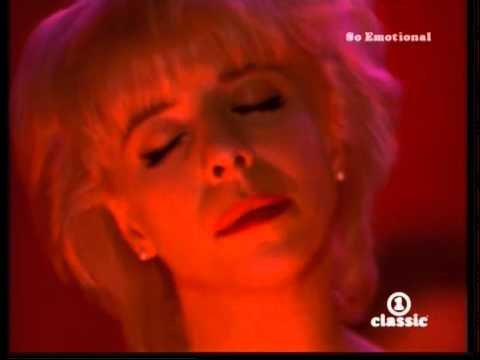 Lynchian songstress Julee Cruise, the ethereal voice haunting the roadhouse in the television show Twin Peaks, passed away on June 9, 2022. She was 65.

Cruise’s death was announced by her husband, editor and author Edward Grinnan, who references her touring as a member of The B-52’s during the 90s, in one of the band’s fan groups on Facebook:

“For those of you who go back, I thought you might want to know that I said goodbye to my wife, Julee Cruise, today. She left this realm on her own terms. No regrets. She is at peace. Having had such a varied music career she often said that the time she spent as a B filling in for Cindy while she was having a family was the happiest time of her performing life. She will be forever grateful to them. When she first stepped up to the mic with Fred and Kate she said it was like joining the Beatles. She will love them always and never forget their travels together around the world. I played her Roam during her transition. Now she will roam forever. Rest In Peace, my love, and love to you all.”

One undeniably integral aspect of the mood of the television series Twin Peaks is the show’s theme song “Falling”, composed by Angelo Badalamenti, and sung by Cruise.  Show co-creator David Lynch started working with Badalamenti and Cruise during of production of his 1986 film Blue Velvet, which resulted in the song “Mysteries of Love”.

Besides the intro song “Falling”, Lynch, Cruise, and Badalamenti composed a few other songs for the soundtrack to Twin Peaks, often performed on stage during scenes at the Roadhouse, such as “Nightengale”, “Rockin’ Back Inside My Heart“, “Into the Night”, and “The World Spins”, the latter of which was performed again during the series’ 2017 revival.

These songs and more were all featured on Cruise’s 1989 full-length album Floating Into The Night.

In 1993, Cruise released her second album The Voice of Love, with three of its songs appearing on the soundtrack for the film Twin Peaks: Fire Walk With Me. It would be nearly a decade-spanning the time between the release of her first two records, and later albums, such as The Art of Being a Girl in 2002, and My Secret Life in 2011.

The post Julee Cruise, The Voice of Twin Peaks, has Passed Away appeared first on Post-Punk.com.