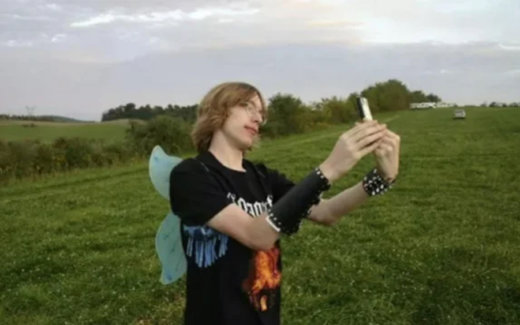 Note: Most of the news we’ve seen about Axel James Markel’s tragic death has his name spelled ‘Markle.’ However, the GoFundMe launched for him has spelled his name ‘Markel,’ which is the spelling we have chosen to use since the organizers are probably closer to him than the metal media. We mean no disrespect if this is incorrect.

This year’s Maryland Deathfest was marred by tragedy when 24-year-old fan Axel James Markel took his own life on Friday, May 27th. Markel jumped from the top of the parking garage of Baltimore Soiundstage, which is one of the venues at which the festival took place. Now, a GoFundMe has been launched to aid Markel’s family.

“Hello! you may or may not know me- but you most likely know Pinky, or Gail. Her beautiful son, Axel James Markel, tragically took his own life on Friday at the Maryland death metal Deathfest. And it’s been difficult on her and unexpectedly put a strain on the family. Anything you can do to assist this family in their time of stress and need is beyond greatly appreciated.”

As reported by Blabbermouth, Markel posted the following message to his social media shortly before his death: “I’m sorry to the people I’ve hurt. My life is in shambles and I can’t live any longer. Fair well [sic].”

Yesterday, the organizers of MDF commented on the tragedy as part of a larger recap post about the fest, writing:

“As many of you know, a tragedy occurred just outside one of the venues on Friday, 5/27. Like many others, this has been very difficult for us to process, and we don’t think we’ll ever fully process it. Our thoughts and condolences are with those that knew Axel and/or those that have been traumatized by this.”

Everyone at MetalSucks sends their heart out to Axel’s family and friends during this difficult time.

Please donate to Axel’s family if you can.

If you or anyone you know is having thoughts of suicide, please call the National Suicide Prevention Lifeline at 800-273-8255. Please know: you are not alone.

The post GoFundMe Launched for Family of Man Who Killed Himself at Maryland Deathfest appeared first on MetalSucks.