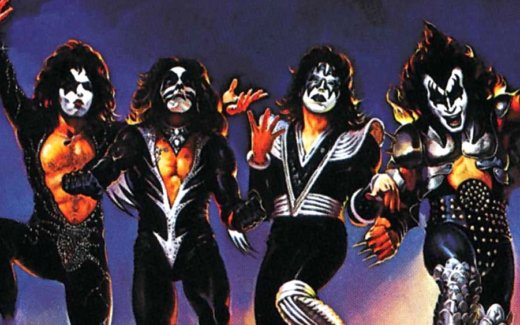 Sad news for the rock, metal, and art worlds today, as Ken Kelly, the illustrator behind the covers of such classic albums as KISS‘ Destroyer, Rainbow‘s Rising, and several famous releases by Manowar, has died. He was 76 years old.

News of Kelly’s death was confirmed by his friend Danny Stanton, president and founder of Coallier Entertainment, who wrote, “RIP KEN KELLY. You will always be a legend in the KISS world. Such a great guy, artist, friend.”

As reported by Blabbermouth, Kelly started as an artist by studying the paintings of legendary illustrator Frank Frazetta in his studio.

His work graced the covers of classic Warren Publishing horror magazines like Creepy, Eerie, and Castle of Frankenstein. It was there that his work was first noticed by KISS drummer Peter Criss.

Via a 2018 interview with Kelly in Print:

“I had always thought it was Gene Simmons, but Criss’s wife said it was he who was reading Eerie and Creepy while Gene and Paul Stanley were reading Marvel comics. So I would say Peter Criss was fundamentally responsible for me ending up being the cover guy.

“Warren was publishing magazines every couple of weeks, so the turnaround [for covers] had to be very fast. You had to come up with a concept, paint it, deliver it, and then you were on to the next one. So when Kiss came along, I was ready.”

“They thought it was too violent…It was 1975, and they didn’t want to launch such a large project with such a negative cover. I thought my career was over. That was one of the heaviest blows I’ve ever received.”

However, upon reworking the painting, KISS accepted it.

Kelly’s two most notable contributions to rock and roll cover art are most likely Destroyer and KISS’ Love Gun.

The notoriety of these album covers later earned him opportunities with Rainbow, for whom he illustrated the cover of 1976’s Rising, and Manowar, for whom he did several album covers including 1987’s Fighting the World and 1988’s Kings of Metal.

Everyone at MetalSucks sends their heart out to Kelly’s family, friends, fans and collaborators during this difficult time.