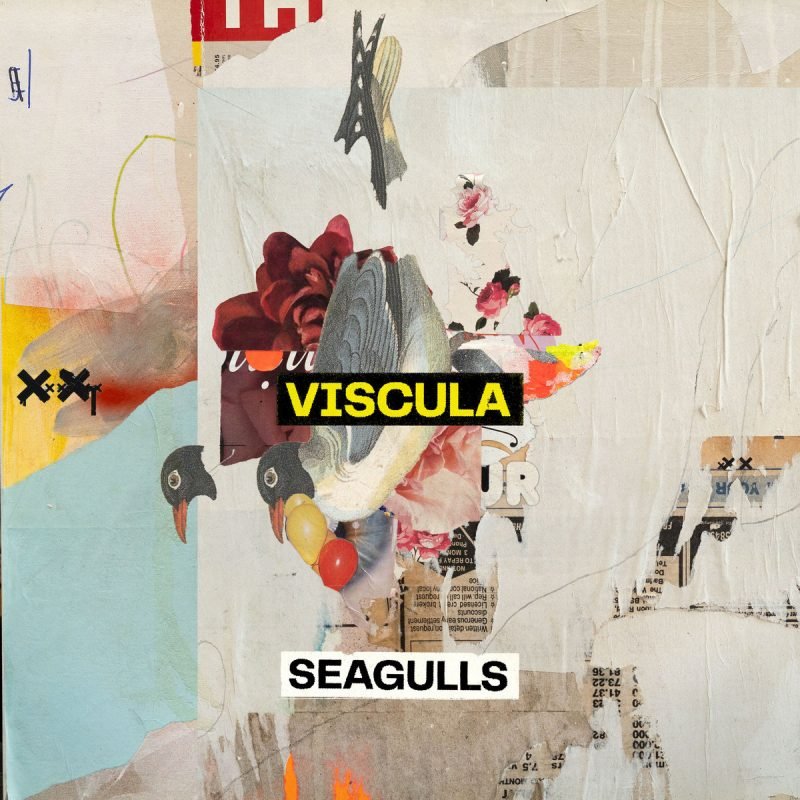 Experimental post-punk act Viscula have released their video for “Seagulls”, a moody and atmospheric song that was initially the first single released from their instrumental album IV.

Conjuring a sound reminiscent of 4AD act DIF Juz, the recording of “Seagull” was performed by each of the band’s four musicians who played each part organically without any overlays. All you hear are drums, bass, guitar, and keyboards.

The song also features legendary Soviet bassist Alexander Titov (Kino, Aquarium), who recorded all of the bass parts, and is also featured on the rest of IV.

Seagull’s top-notch expert mixing and mastering was done by George Shilling, a British producer whose CV includes working with bands such as Blur and Primal Scream.

The cover artwork for the single ‘Seagulls’ was also created by British collage artist Tom Hodgkinson known for his designs for bands such as Keane and Archive.

“Seagulls” is an exemplary execution of the expert musicianship we have come to expect from Viscula, a band who transcend genres with their blend of post-rock, psychedelia, trip-hop, and darkwave. Its sound captures a transportive mood that lingers in a liminal space between contrasting emotions, liberating the spirit like a gull catching the breeze.

On creating the video, the band explains:

“Last November in London, we shot a music video for our single ‘Seagulls’. The shooting took place in the atmospheric antique shop ‘LOT ONE TEN’ located in Walthamstow. Owners Frank and Kirsten kindly provided their store filled with the most amazing things from the past for the talented photographer and cameraman Paul Miller. The director of this video was the known Brighton musician Alex White (The Electric Soft Parade) who created a striking montage filled with psychedelic effects. Now that the whole world is looking at Ukraine and the horror that is going on there, all our collective supports Ukraine and its people in the fight for their freedom. Seagulls are free birds.”

Watch the video for “Seagulls” below”:

Viscula was formed in Lutsk, Ukraine in 2002. In 2013. They were awarded ‘Best Indie Artist’ at the main Ukrainian festival Chervona Ruta.

The band has thus far performed extensively around the world taking the stage in 18 different countries. Notably, the band has made an impact at various festivals around the world: Together to The Top (Poland), Fonari (Russia), Shanghai International (China), Feckfest (UK).

In 2019, guitarist and founder of the band Vitali Malyshko was awarded an Exceptional Talent Visa (guitarist and composer) by Arts Council England and since then the band is based in London, UK. Before the pandemic, Viscula actively played in iconic London clubs such as Hope & Anchor, St.Moritz, and New Cross Inn.

‘Seagulls’ by Viscula is available on all major streaming platforms and online stores.