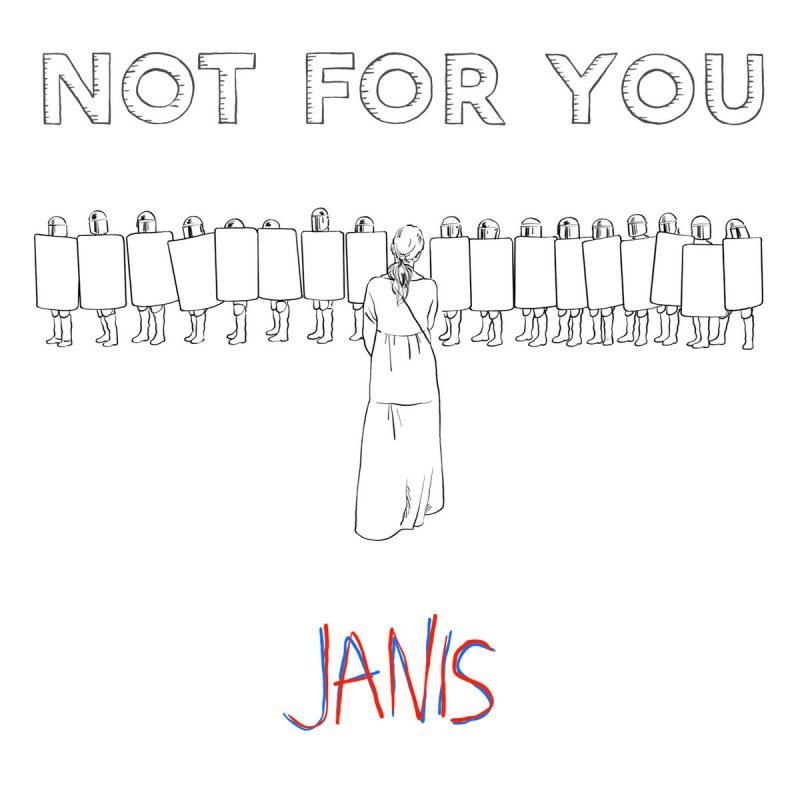 Berlin-based, noisy post-punk outfit, Janis, formed in 2008, are an international band of sound nomads from Israel, Spain, Germany, and the UK. Together, they have given birth to a petulant and political melange of cold, 80s-inspired Post-Punk, Alternative Rock, and Heavy-Psych tunes representative of the diverse array of heterogeneous influences found in the German capital city.

With a sound reminiscent of Gang of Four, Queens of the Stone Age,  and Amyl and the Sniffers, Janis explores themes of urban alienation, yearning, and fury against unjust systems and oppression.

The band is led by biting guitars and vocals of Boris (ex- Totenwald), along with Rafa on drums,  (Barana, Ondo), Can on guitars (Trash Crawlers), and Chris on bass (Caustic Minds).

The new single ‘Not For You” is angry and melancholic with lyrics lamenting the abuse of power by the police, state, and the military-industrial complex.

Describing the song, the band have released this statement:

“The song “Not For You” was originally written as a protest song against police brutality; as an angry cry against abuse of power and those who cowardly hide behind their uniforms and badges. Against those who enjoy the freedom to inflict pain, to cause suffering and death all while playing the protectors of the law, but who in reality simply enjoys the convenient excuse for their cruelty. The recent events in Ukraine showed that the state-supported cruelty goes far beyond the police, and this song became for the members of Janis the outlet for their anger, frustration, and disgust towards all the uniform-wearing sadists and a message of support to all the victims.”

Watch the video for “Not For You”, featuring animations created by Roberto  Miranda. below:

Find the single “Not For You” on Bandcamp here.

The post Berlin Post-Punk Outfit Janis Protest Oppressive Men In Uniform in Their Video for “Not For You” appeared first on Post-Punk.com.