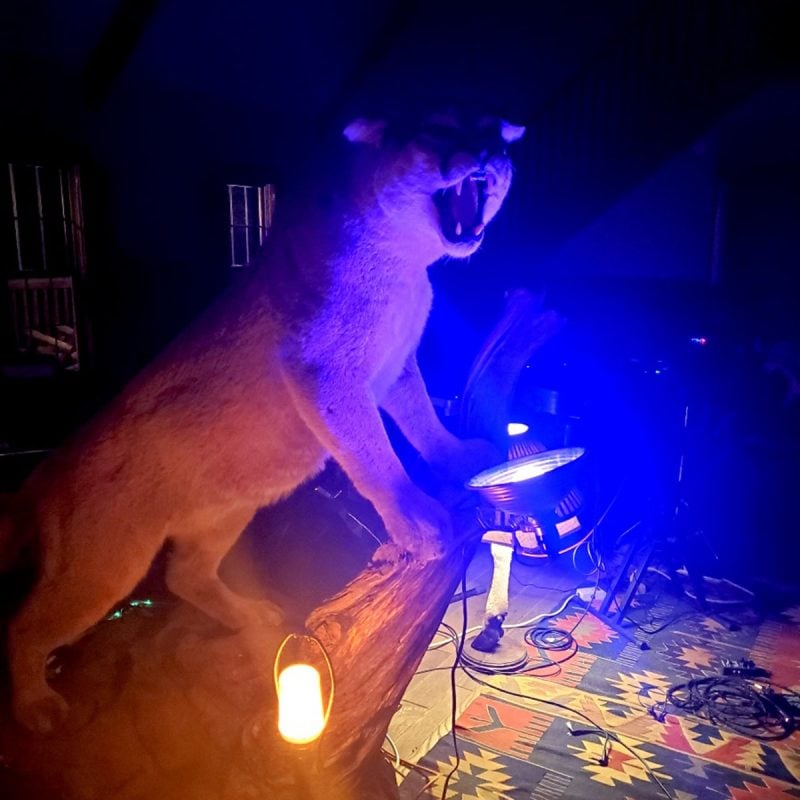 “This is protest music done the hard way.”

The chaos of the pandemic also brought a second tsunami of consequences: namely, social estrangement and environmental decay. Despite well-meaning initial efforts: cheers and clanging pans initially celebrating front line workers; the “nature is healing” memes that floated through the ether – we ultimately let human folly get the better of us as we fell right back into our patterns…fuelled by the media, grief, selfish power grabs, and plain old fear.

From Athens, Georgia comes a formidable sextet: Garage of Broken Dreams – with “Some Kinda Joke”, a powerful single off their new LP The Hard Way.  Some Kinda Joke addresses these post-pandemic crises in the modern world, brightening the chasm with neon synth tones and catchy New Wave hooks. They are the rightful heirs to the apocalyptic world Gary Numan envisioned forty years ago: their fuzzed-out guitars and urgent synth pads fit right into the Tubeway Army diaspora, blasting us with a Cold War cynicism that’s devolved over the decades. We also hear the likes of Butthole Surfers, Wire, and Dead Milkmen in their approach – satirical in nature, but coming from a wellspring of deep mourning.

The video for Some Kinda Joke takes a postmodernist approach similar to the videos produced by Devo in the late 1970s-early 80s: melding 20th century stock footage visions of the future, the counterculture, and the uncouth breeding ground for today’s bleak predicament. The apocalypse has been with us a very long time. It fits well with the retro-futurism of the band’s sound.

The Hard Way is out now. You can stream and purchase it below.

Garage of Broken Dreams, featuring members of Dark Meat, Mindbrains, McQQeen, Gush, Weaponized Flesh, and a myriad of other bands, have been releasing “post-punk absurdism and kitchen-sink mayhem” since the 1990s. With The Hard Way, the band introduces 80s new wave into their repertoire. The collection was improvised across “three sleepless days in a remote hunting lodge in rural Georgia, and maddeningly tweaked for a year thereafter.”