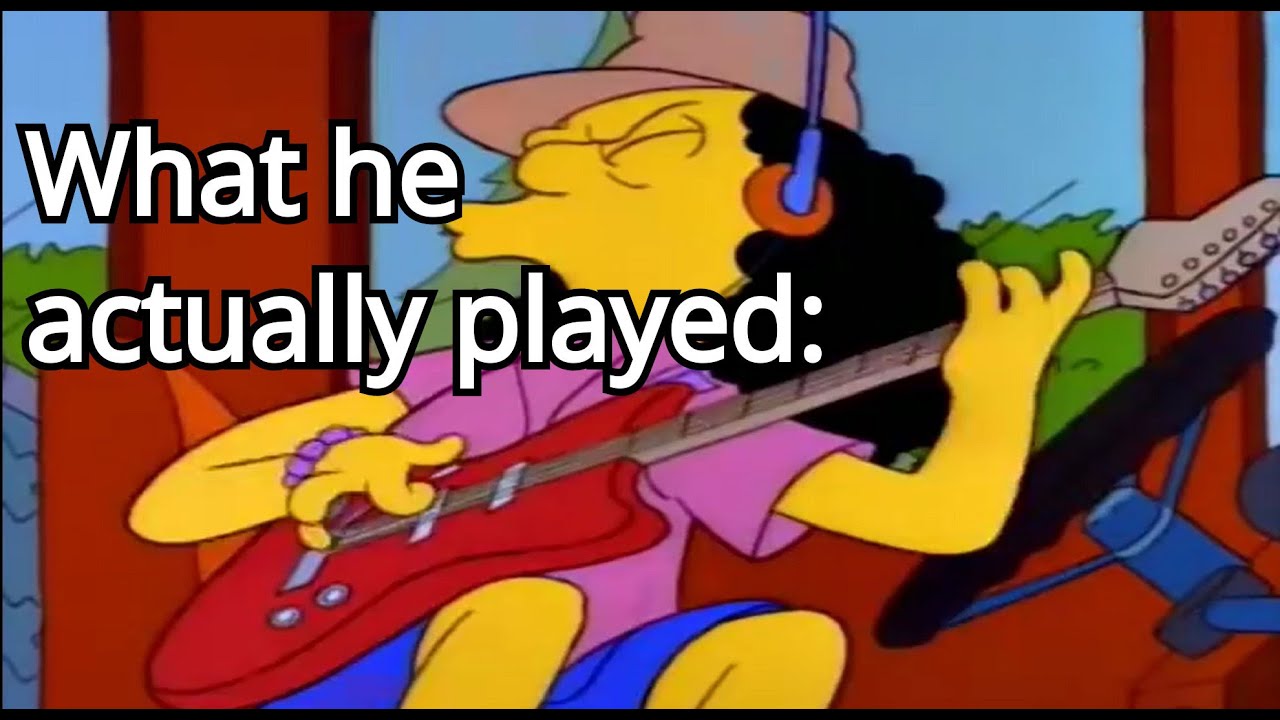 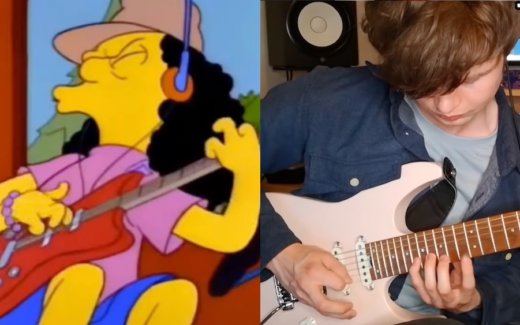 When it comes to metal cartoon characters, it’s hard to out-headbang Otto Mann, the degenerate pothead schoolbus driver from The Simpsons. Whether he’s causing multi-car pile-ups, accidentally getting on a tax submission line because he wants tickets for Metallica, or just hitting a bong during the destruction of Springfield, Otto represents the lazy piece of shit in us all. Nowhere is this better depicted than “The Otto Show,” the Spinal Tap-starring episode in which Otto is fired and has to relearn to drive — and reveals that he’s actually an incredible guitar player. However, now a young YouTuber has shown how Otto’s solo would actually be played as opposed to how it was animated — and how it would sound if performed as drawn.

As you’ll see in the video below, the one thing that YouTuber Oliver Street has against him is that he looks like he’s maybe five fucking years old, and having some kid be like, THAT’S NOT HOW IT WOULD BE PLAYED immediately makes a geriatric 30-something like me want to flick a Tums at him and yell, GET A JOB WITH A FUCKING CHAIR, DUDE. That said, he’s also an excellent musician, and pretty accurately recreates Ottos’ solo on the guitar. He then does his best to imitate Otto’s handiwork, revealing that it would actually sound like garbage…

…except his performance technique is all wrong! Where are the puckered lips? Where’s the power slide? Is he even wearing a disgusting hat and foam-lined headphones? See, if he just put less time into complete technical mastery and more effort into flopping around like he’s trying to poorly imitate Phil Lynott, maybe he’d be able to play using the Otto technique. Man, this is why we need another ‘Nam. C’MON, OLIVER, GET WITH THE PROGRAM!*

Check out the video below and judge for yourself.

The post Video: This Is How Otto’s Awesome Solo from <em>The Simpsons</em> Would Actually Be Played appeared first on MetalSucks.